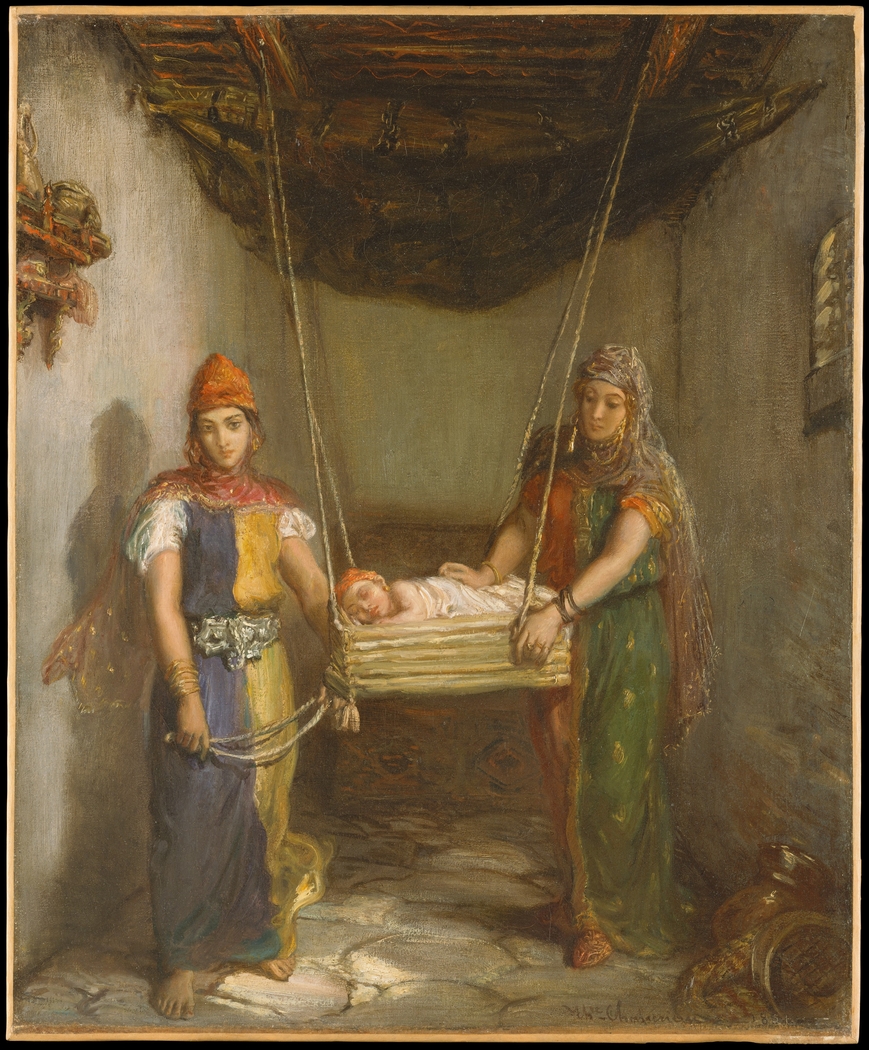 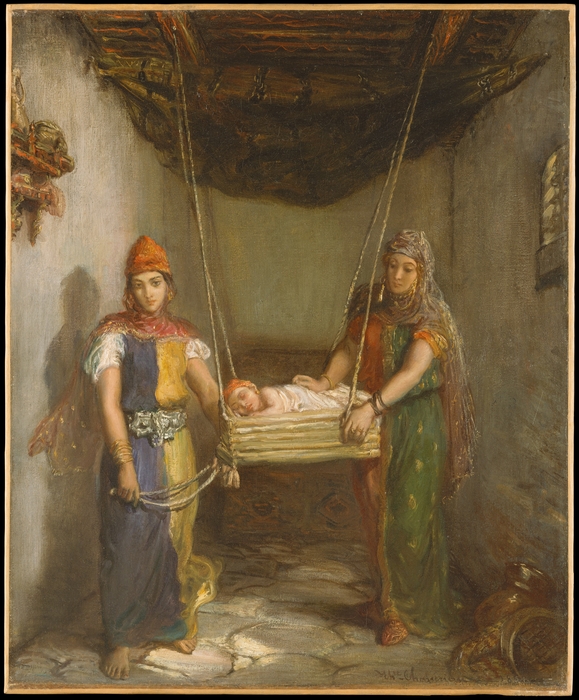 Scene in the Jewish Quarter of Constantine

1851
Chassériau witnessed this scene and sketched it in his notebook during a trip to Algeria in 1846. From the ancient town of Constantine he wrote, "I have seen some highly curious things: primitive and overwhelming, touching and singular. At Constantine, which is high up in some enormous mountains, one sees the Arab people and the Jewish people [living] as they were at the beginning of time." The Jewish women of North Africa were especially attractive subjects for European painters because they did not wear veils. (Source: The Metropolitan Museum of Art)

License:
Courtesy of The Metropolitan Museum of Art
For more:
https://www.metmuseum.org/art/collection/search/437974