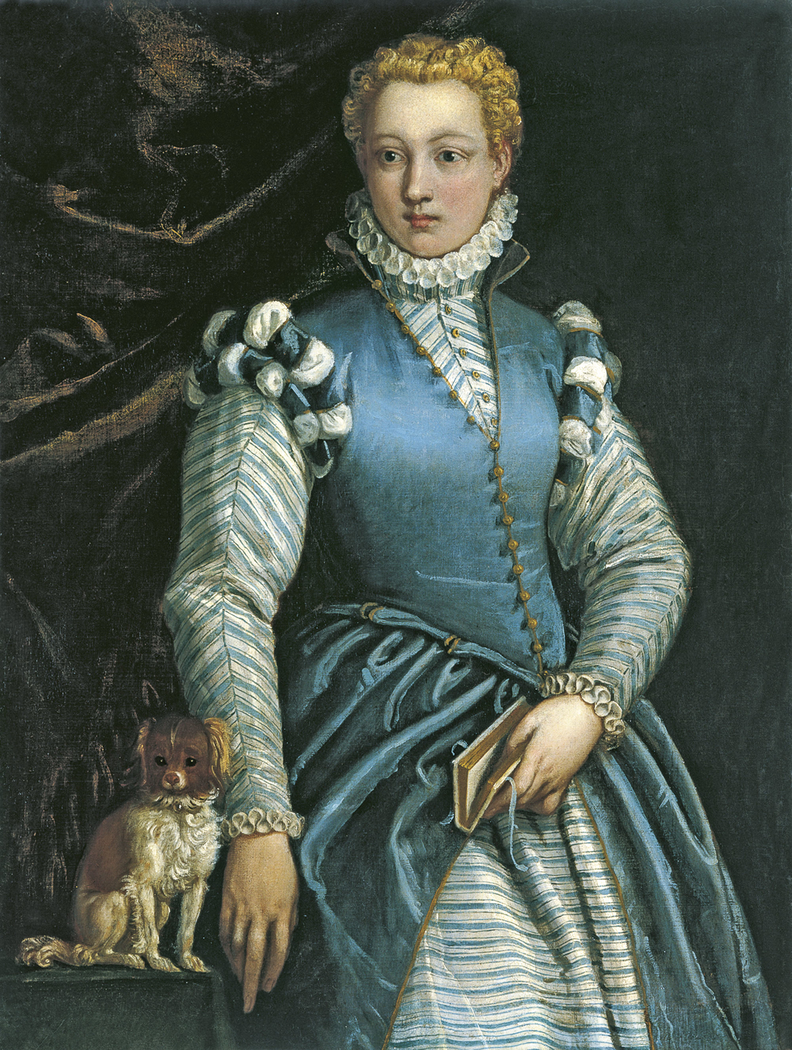 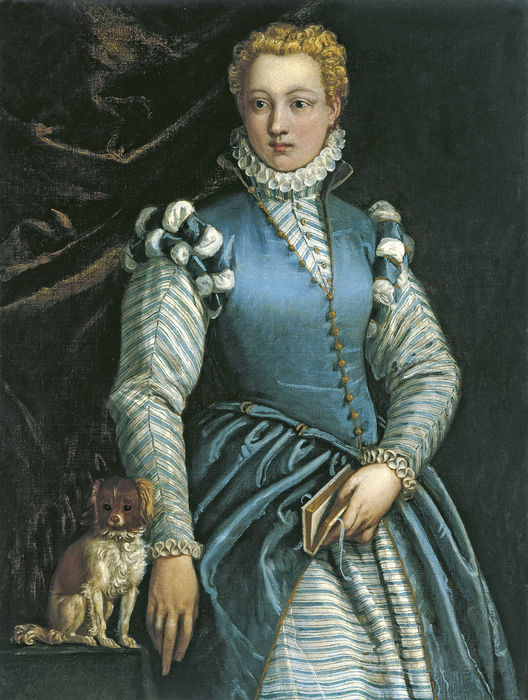 Portrait of a Woman with a dog

1560 - 1570
Along with Titian and Tintoretto, Paolo Caliari — known as Veronese — was one of the great names of Venetian Renaissance art. Veronese trained in his native city of Verona, from where he derived the name by which he was known. The influence of his masters Antonio Badile and Giovanni Caroto is evident in his early output. Among his first works, dating from the 1540s, are religious compositions such as The Lamentation over the dead Christ (Museo di Castelvecchio, Verona), The Mystic Marriage of Saint Catherine (Yale University Art Gallery, New Haven), and the Pala Giustiniani, one of his first commissions in Venice, for the church of San Francesco della Vigna. Veronese achieved renown, however, through his large-scale compositions based on biblical narratives and historical and allegorical episodes. In 1553 the artist moved to Venice to work on the decoration of the Hall of the Council of Ten in the Doge’s Palace, alongside Giovanni Battista Ponchino and Giambattista Zelotti. This project was followed by other important commissions in Venice as well as in Maser and Verona. Read more...