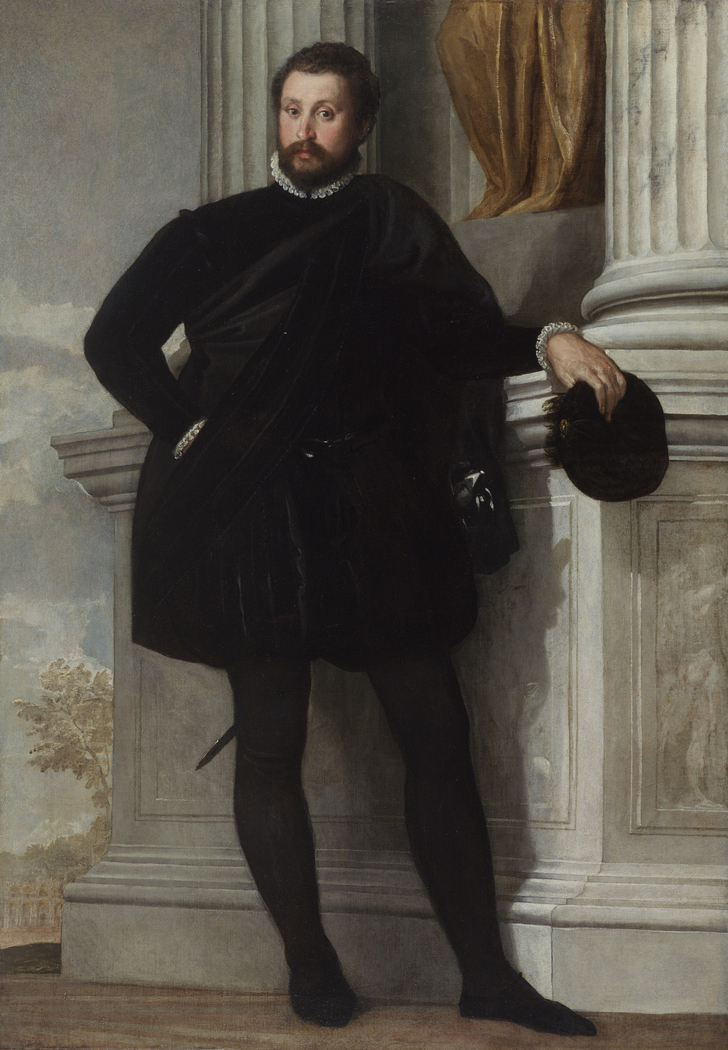 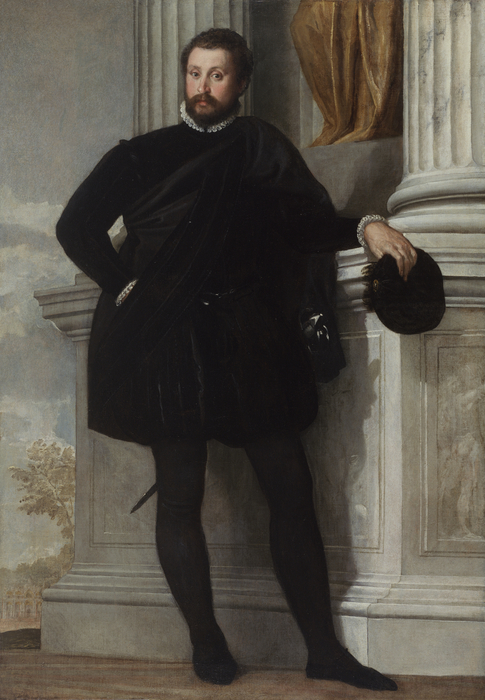 1576 - 1578
The identity of this man is a mystery. Originally, scholars thought the painting was a self-portrait by Paolo Veronese, but no one can confirm this speculation since Veronese's appearance is otherwise completely unknown. Best known for his large decorative fresco cycles, Veronese did not paint many portraits. For him to have taken the time to paint this large, impressive portrait points to the commission's importance.

The man leans on the base of a structure with fluted columns. In a niche between the columns is a marble sculpture of a draped female figure, of which only the lower portion is visible. Carved reliefs, barely discernible, adorn the sides of the architectural base. These clues may refer to the subject's profession, perhaps that of a sculptor or architect. In the background at the lower left is the Venetian basilica of San Marco, placed in an imaginary rural setting. Most likely, the inclusion of San Marco alludes to the sitter's association with the church or the Venetian state.

License:
Courtesy of The Getty
For more:
http://www.getty.edu/art/collection/objects/575/paolo-veron…