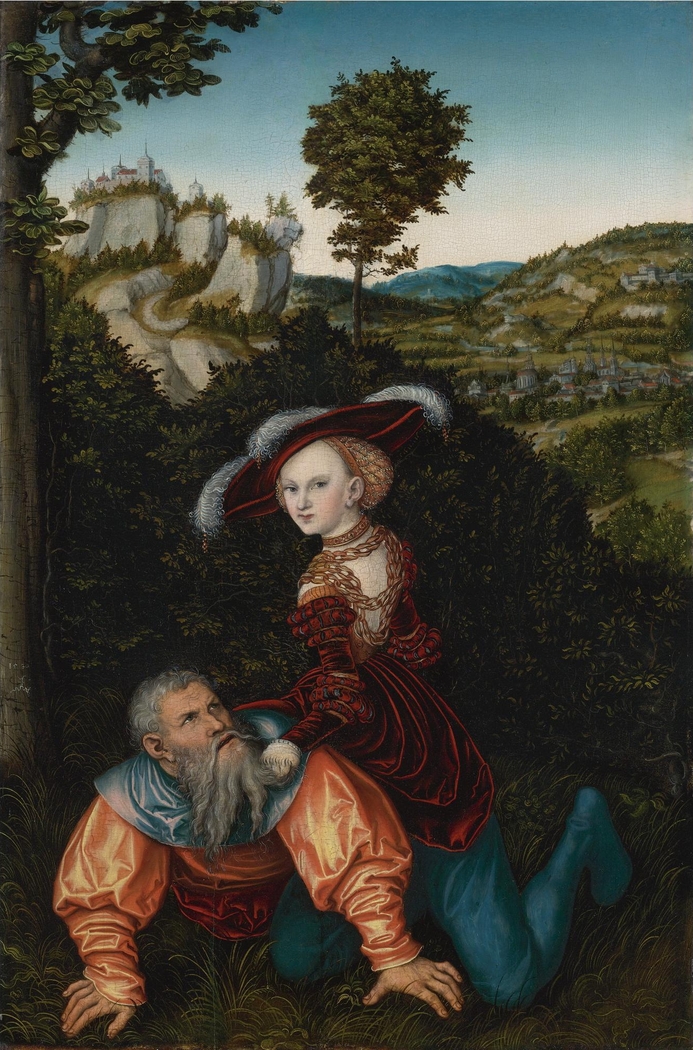 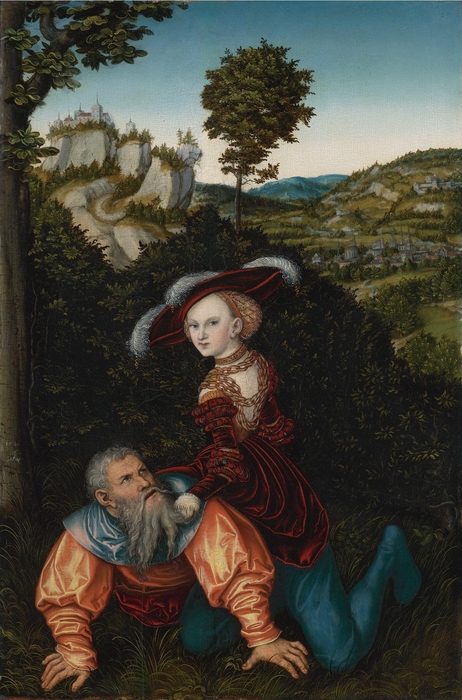 1530
The story of Phyllis on Aristotle dates back to the 13th century in German and French versions, but is much better known from John Herold’s Latin version from the 14th century. Herold was a Dominican who compiled a number of exempla that could be used in sermons. According to this version, Aristotle had warned his student, Alexander the Great, to avoid intimate affairs with his wife, Phyllis. Alexander should, instead, concentrate on philosophy. Phyllis was understandably upset that her husband was shunning her and particularly angry at Aristotle for encouraging him to do so. To exact revenge, Phyllis started flirting with the old philosopher until finally seducing him and humiliating him by riding him like a horse while Alexander hid and watched. The story is short and worth reading:

Once upon a time, Aristotle taught Alexander that he should restrain himself from frequently approaching his wife, who was very beautiful, lest he should impede his spirit from seeking the general good. Alexander acquiesced to him. The queen, when she perceived this and was upset, began to draw Aristotle to love her. Many times she crossed paths with him alone, with bare feet and disheveled hair, so that she might entice him.

At last, being enticed, he began to solicit her carnally. She says,

“This I will certainly not do, unless I see a sign of love, lest you be testing me. Therefore, come to my chamber crawling on hand and foot, in order to carry me like a horse. Then I’ll know that you aren’t deluding me.”

When he had consented to that condition, she secretly told the matter to Alexander, who lying in wait apprehended him carrying the queen. When Alexander wished to kill Aristotle, in order to excuse himself, Aristotle says,

“If thus it happened to me, an old man most wise, that I was deceived by a woman, you can see that I taught you well, that it could happen to you, a young man.”

Hearing that, the king spared him, and made progress in Aristotle’s teachings