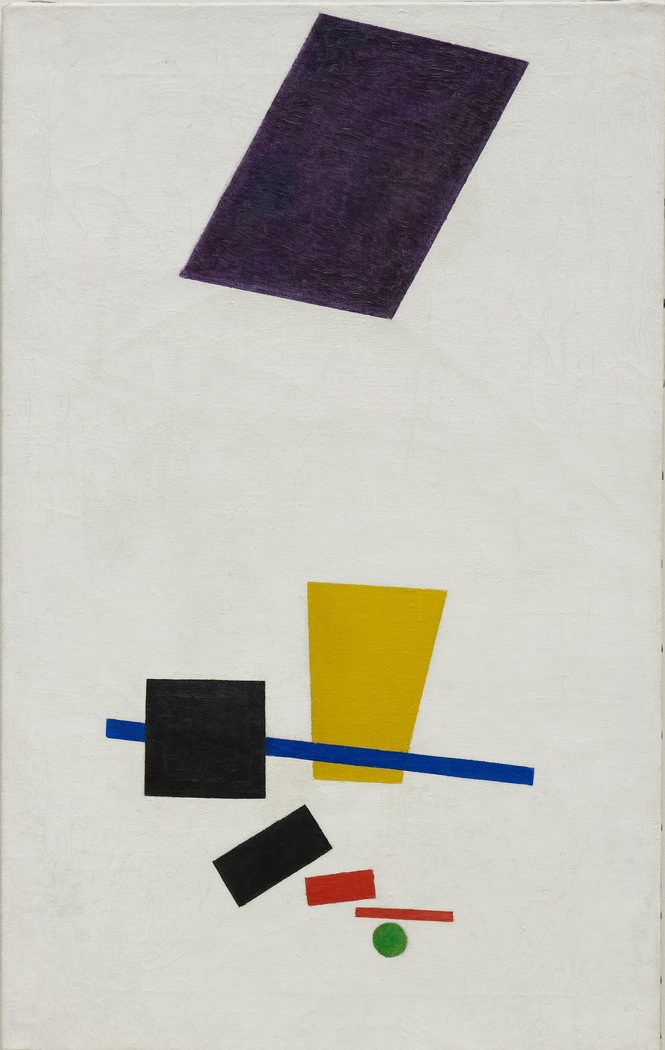 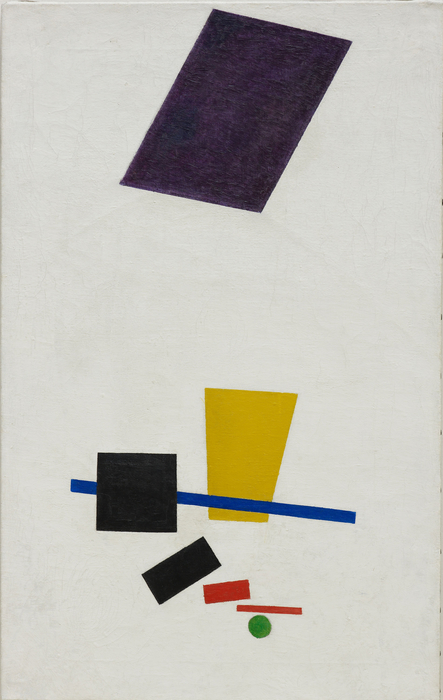 1915
During the summer and fall of 1915, Kazimir Malevich secluded himself to prepare for the groundbreaking exhibition 0.10 (Zero-Ten) The Last Futurist Exhibition of Paintings. Seeking to push the formal discoveries of Cubism and Futurism to their limits, to find the most essential core—the “zero”—of painting, Malevich produced a series of completely abstract works that he declared constituted an entirely new system of art. Suprematism, as he called the new style, eradicated all references to the natural world and focused instead on the inherent relationships between colored geometric shapes against the void of a subtly textured white background. In the exhibition catalogue he warned, “In naming some of the paintings I do not wish to point out what form to seek in them, but I wish to indicate that real forms were approached in many cases as the ground for formless painterly masses from which a painterly picture was created, quite unrelated to nature.” Painterly Realism of a Football Player—Color Masses in the 4th Dimension belongs to this very first group of Suprematist works. The subtitle refers to the mathematical theory of fourth dimensional space, a concept appropriated by many early twentieth-century artists to justify their representation of truths beyond immediate sensory perception. (Source: Art Institute of Chicago)