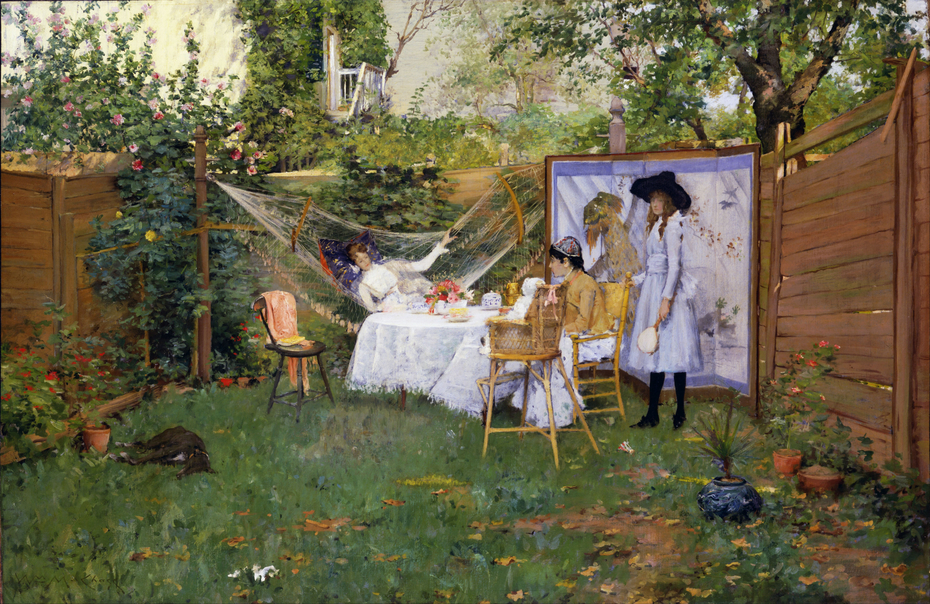 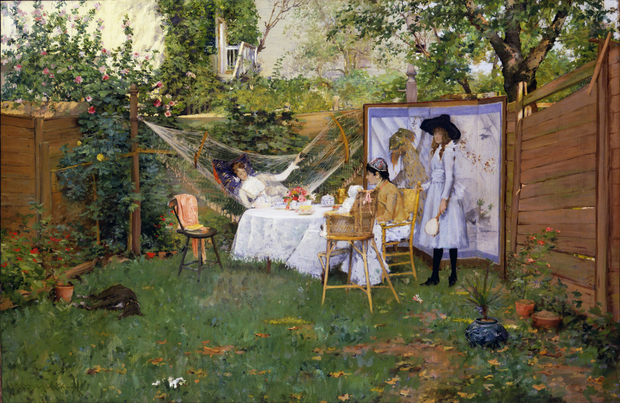 1888
Although at first glance this scene seems to capture a fleeting moment of casual backyard relaxation, on closer examination it more strongly resembles a carefully arranged still life painting. William Merritt Chase poses his young sister in a prominent, 17th-century Dutch-style black hat—possibly as a pun on her name, Hattie. His wife sits at the breakfast table, wearing a Chinese cap, the couple’s infant daughter beside her. Chase’s sister-in-law lounges in a hammock, while one of Chase’s beloved Russian wolfhounds naps by the fence. Objects are strategically placed throughout the yard—Chase’s own, in a fashionable section of Brooklyn—adding to the harmonious domestic atmosphere.

The Japanese screen, potted tropical plant, Dutch hat, and Chinese cap reflect Chase’s sophisticated tastes. His studio on Tenth Street in Manhattan was famously filled with such exotic objects and costumes, which often turned up in his Impressionist-inspired paintings. 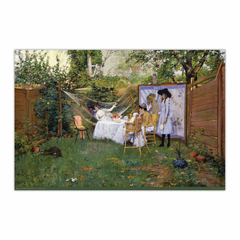