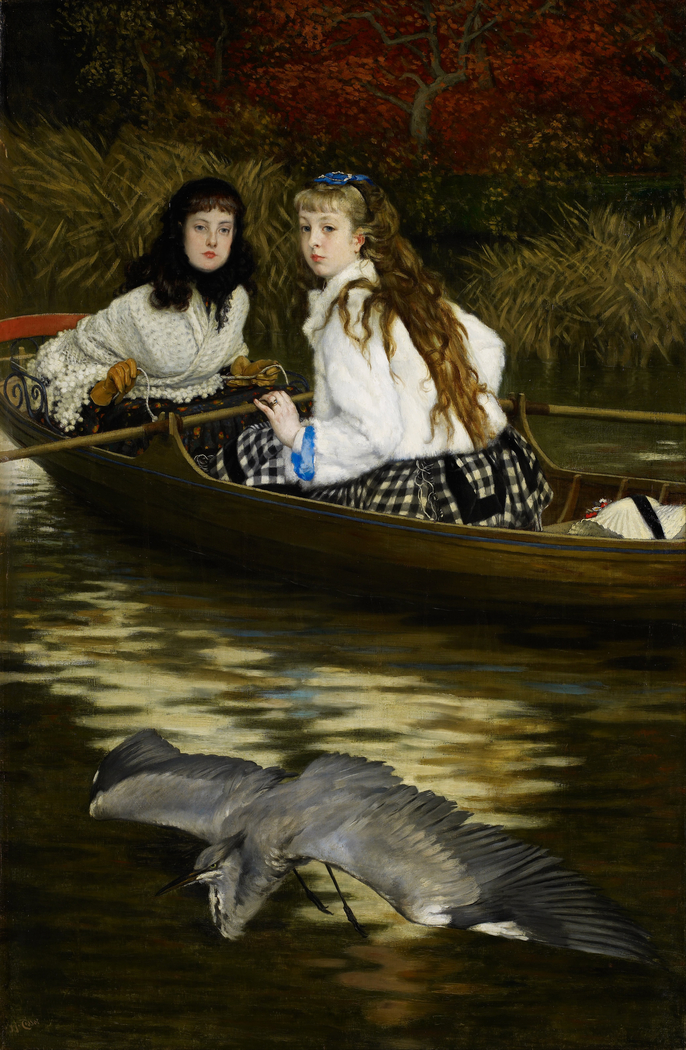 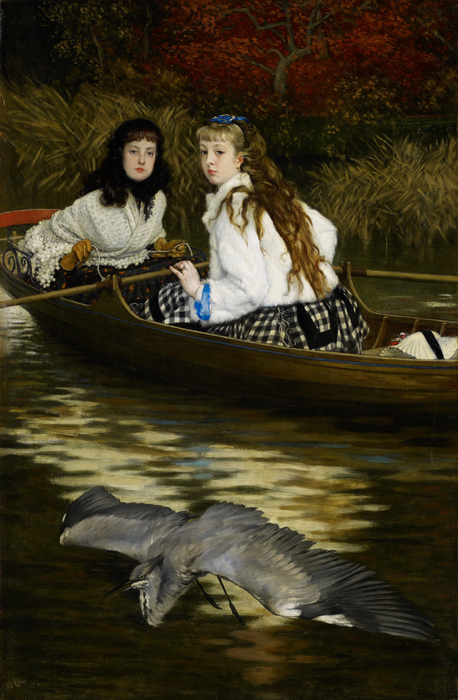 On the Thames, A Heron

1866
When James Tissot fled to England in 1871 as a political refugee following the Franco-Prussian war, he discovered that English suspicion of French painting technique and a preference for sentimental narrative would require him to adapt his work for the British market. In On the Thames, A Heron, one of his first English works, Tissot created a successful amalgam of these two aesthetics by serving up to British tastes his French technique wrapped in the sweet Victorian charm of beautiful young women boating on the Thames. Also presented here is the artist's full comprehension of the aesthetics of Japanese design in his use of a high vantage point and the juxtaposition of two separate pictorial elements in compressed space. Further the instantaneous realism and framing of the composition also suggests the influence of photography. [source]