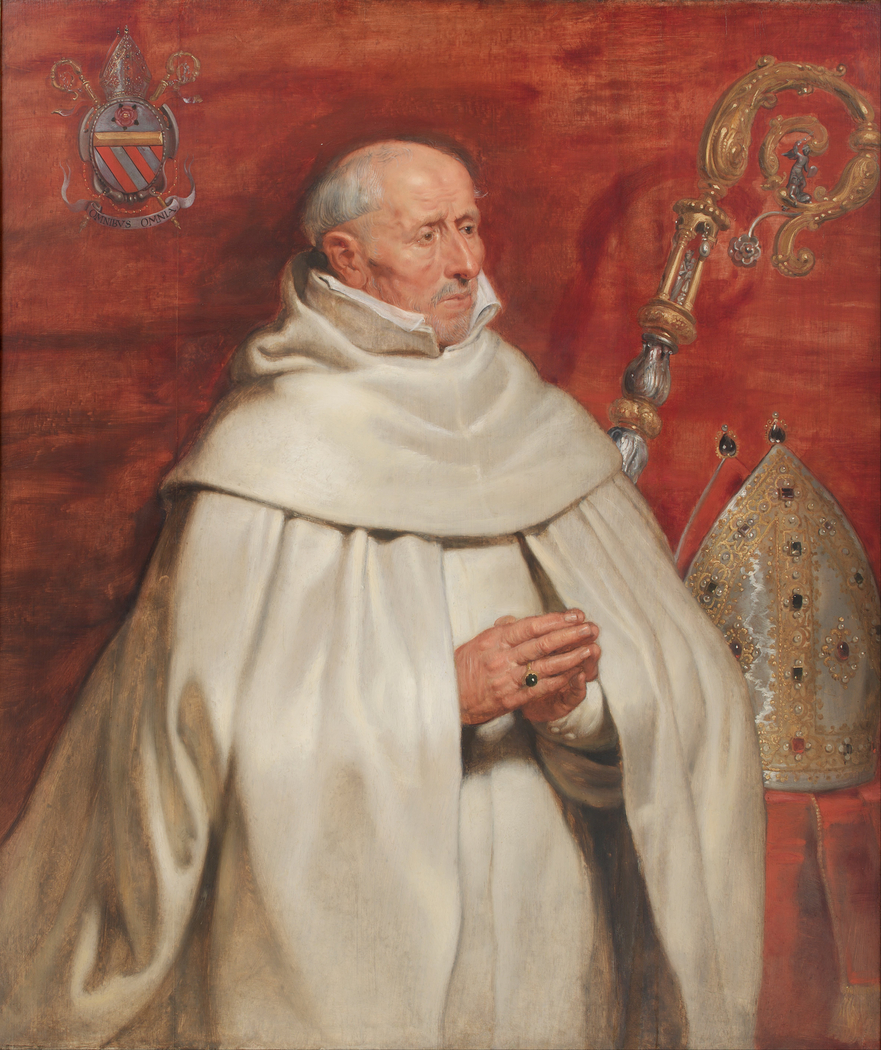 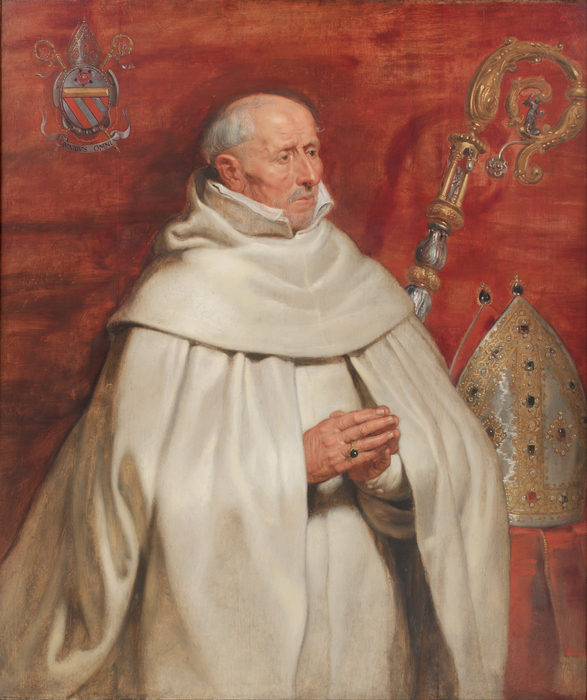 1624
Yrsselius was originally a sepulchral tablet accompanied by an epitaph which does not survive today. The tablet was originally placed by the abbot’s grave in the church of the St.Michael’s Abbey. A few years prior to his death the abbot gave the church an altarpiece for the high altar, featuring a Rubens painting of the Adoration of the Magi.

Part of an all-inclusive decoration
The tablet was intended to be hung in such a way that the abbot looked towards the high altar with his hands folded in “eternal prayer”, taking part in the adoration of the Christ Child on the altarpiece. This form of all-inclusive decoration, where figures in paintings are connected by the mental bridge established through a gaze, a gesture, or spatial links, is a typical feature of the Baroque.

License:
Courtesy of The National Gallery of Denmark
For more:
http://www.smk.dk/en/explore-the-art/highlights/peter-paul-…