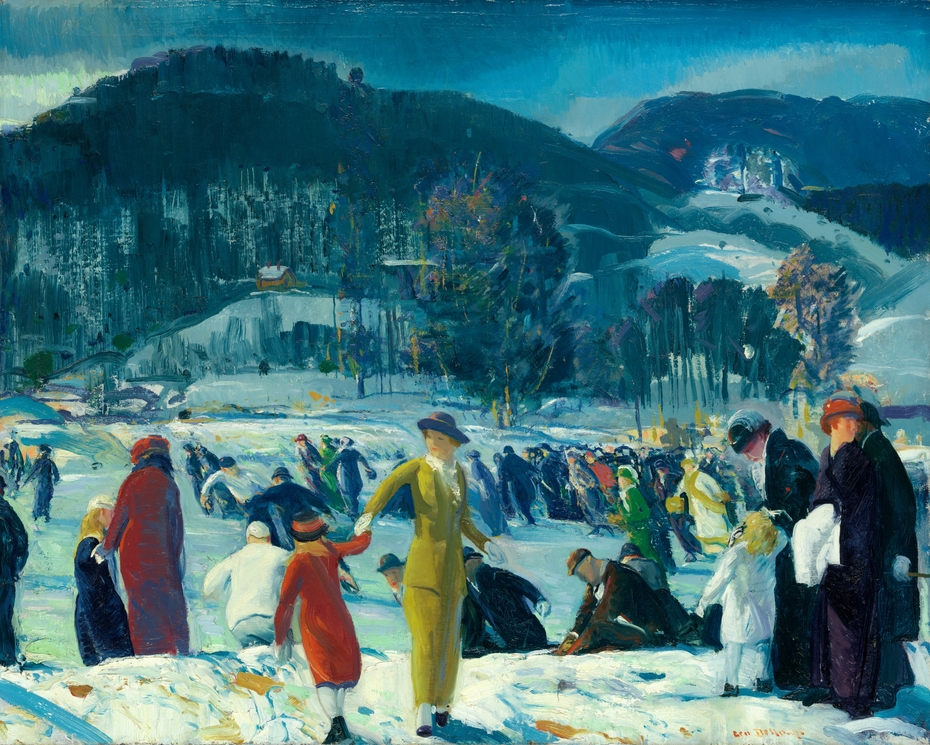 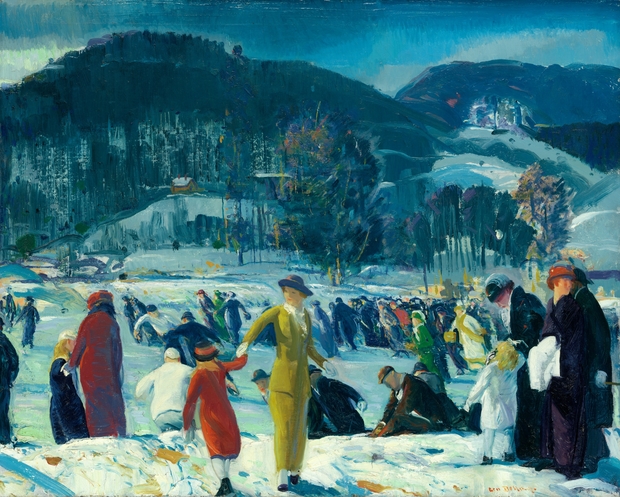 1914
In January 1914 George Bellows wrote to a friend, “There has been none of my favorite snow. I must always paint the snow at least once a year.” Soon after, on February 13, a major blizzard hit New York City, inspiring the artist to paint Love of Winter. He used bright reds, yellows, and greens to intensify the winter scene and broad, slashing brushstrokes to convey movement, wind, and speed. The energetic group of skaters and onlookers, composed of people of a range of ages and social classes, reflects the diverse populations who enjoyed the public parks and the leisure activities they offered in early 20th-century New York City. (Source: Art Institute of Chicago)

Notes from the contributor:
Ashcan School. While many of Bellows's paintings depict the gritty realities of life in the modern city, he also executed works that focus on the cheery scenes of everyday leisure more typical of American Impressionism. In Love of Winter, Bellows captured the rapid movement of a crowd of skaters across a pond—like the Impressionists, he loved the pictorial challenges of painting snow in sunlight and shade. Read more... [Art Institute of Chicago]