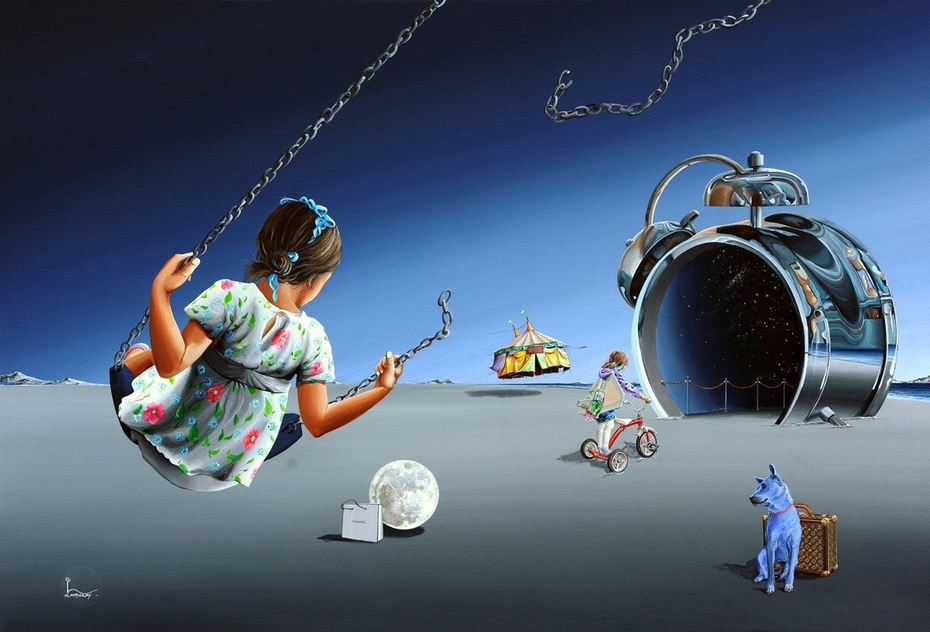 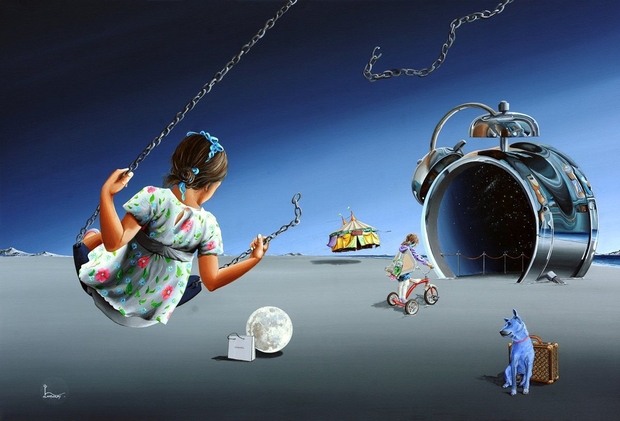 2018
Painting I realized for the GemlucArt 2018 charity exhibition in Monaco, which theme was "The day of my 10 years, I look at tomorrow", which earned me the Grand Jury Prize 2018 :-)

It could not have been better as my daughter is just 10 years old and is already undergoing perceptible changes. And that's nothing compared to the changes that will accompany adolescence.
The broken chain represents here, the passage from the game of childhood (swing) and its innocence to a reality that will see her fall on the the ground and the reality of the big world, with its responsibilities and seriousness. She is standing in front of this big clock at the time that passes without being seen (no numbers or hands) and she will leave her tricycle (symbol of childhood) to enter a big new world (universe in the corridor of the clock and its millions of stars such as the possibilities of choice that will be open to her). I still added a safety rope to make sure she does not fall into the abyss. A Channel bag and a Louis Vuitton suitcase, because yes she will be strongly influenced by the ads advocating the materialism and the image so important of oneself demanded by the modern, plastic world. All these influences of this virtual world constantly in their hands, pushed to the extreme bluring their future into superficiality and false values. My dog ​ Laly Blue, faithful companion will remain equal to itself, wearing its blue coat to fullfil its dream to be a star.
And the moon, yes, I love my daughter more than anything and I would give her the moon if she asked me to.

License:
All rights reserved. Exhibited on USEUM with the permission of the rights owner.
For more:
https://www.olamboray.com/surrealism-2018