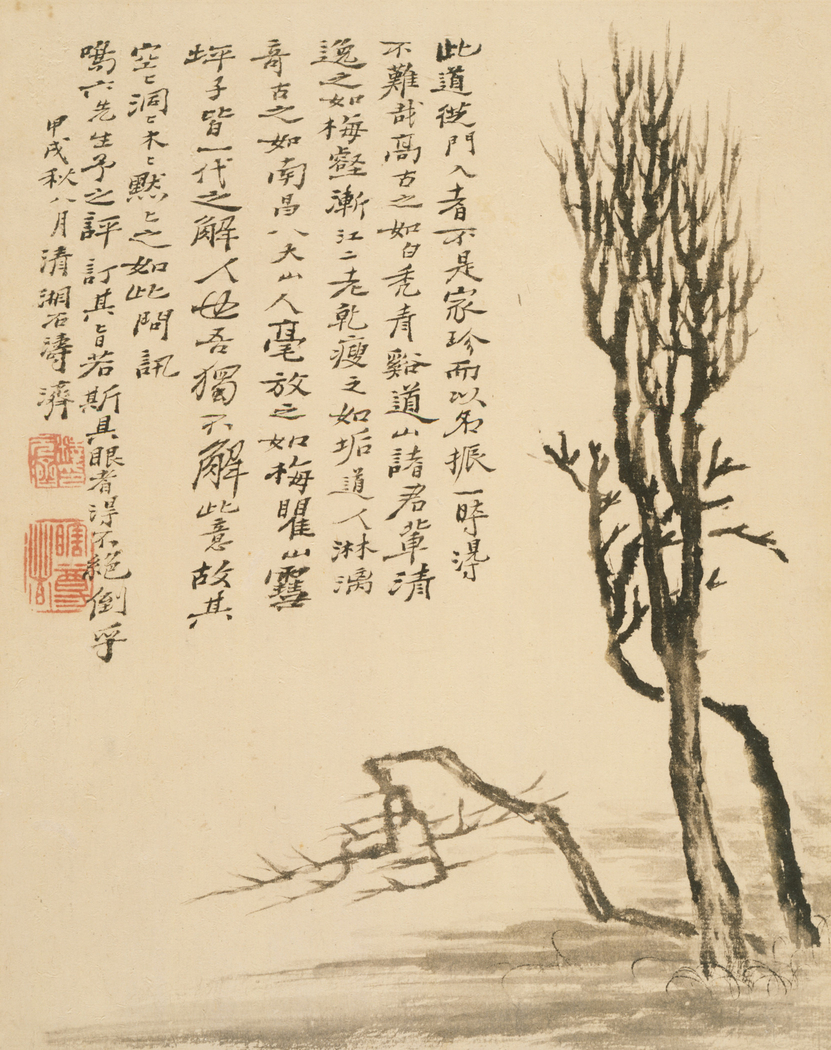 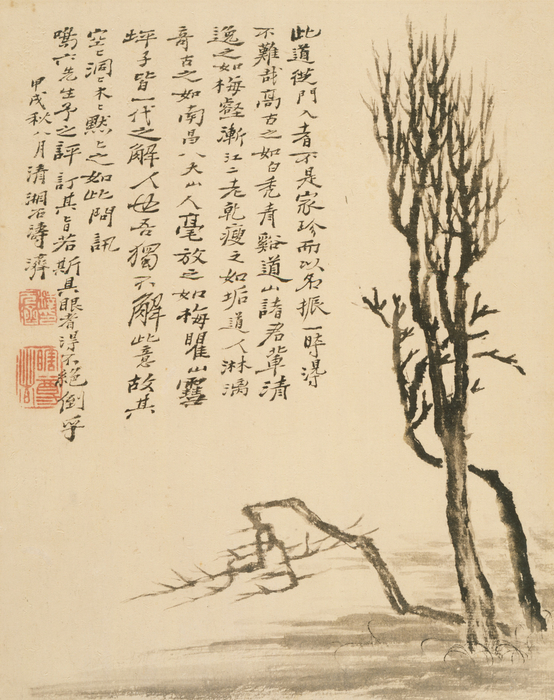 1694
Notes from the Curator:
The Qing dynasty in China was founded in 1644 by a coup d'etat. Having been asked to come south to Beijing to help quell a rebellion, the Manchus of the north obliged, then occupied the capital and proclaimed their rule. Fortunately they greatly admired Chinese culture, adopting its more conservative institutions and a reactionary Confucianism. Despite this, and despite a period of civil unrest and political realignment, ceramics, architecture, and painting flourished. This vigor in Qing arts is nowhere better seen than in the work of Shitao, one of the most original and formally creative artists in all Chinese paintings. A descendant of Ming royalty, Shitao was an accomplished calligrapher, poet, painter, and art theorist. Although ordained a Buddhist monk, he chose travel over seclusion and enjoyed intellectual and aesthetic relationships with other artists and poets. Shitao maintained a determined and articulate independence from the academicism that governed literati painting at the time. His painting of the early 1690s shows him at the height of his powers and engaged in experimental stylistic concerns. This scene of Mount Huang depicts white-water rapids at the lower left, suggesting a possible viewpoint just in front of the picture plane. Shitao then evokes a great and precipitous leap across a mist-filled chasm to a higher view of steeply massed peaks, a mountain ridge, and a trail where three figures meet, their scale and detail seeming to contradict this implied distance. There is an arresting invention in the shifting perspective. Shitao's fluid washes, dark brushstrokes, and voids create solid, naturalistic forms seen in a transient moment. [source]