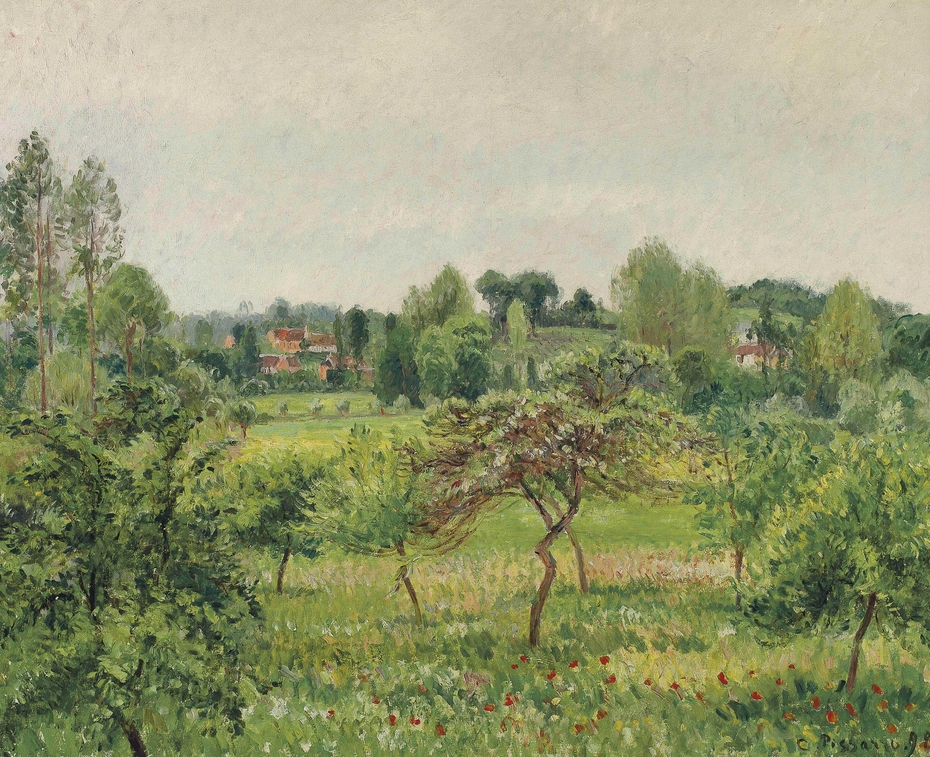 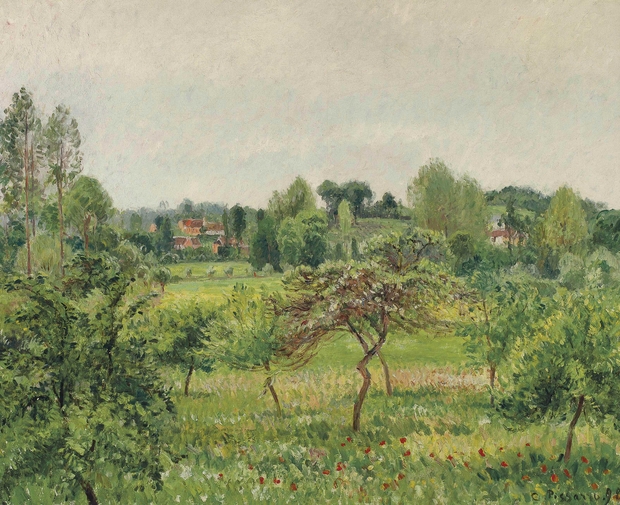 1898
The present painting depicts the meadow in front of Pissarro's house at Eragny, a tiny village on the banks of the Epte where the artist lived from 1884 until his death in 1903. During these two decades, Pissarro made approximately two hundred oils, plus scores of watercolors and drawings, that depict the gardens, orchards, and fields within a single square mile surrounding his home. Along with the paintings that Pissarro produced at Pontoise between 1872 and 1882, the views of Eragny constitute his largest and most significant body of work within the landscape genre. He painted the countryside in all seasons and at all times of day, frequently describing the weather and light conditions in minute detail in letters to his son Lucien. When the climate made it impossible for him to work outdoors, he persisted in his pictorial explorations, painting the view from the window of his house instead. He returned to the same spots in the landscape at intervals of days, weeks, or even years, varying his viewpoint to produce the impression of remarkable richness and diversity within an extremely limited stretch of terrain.