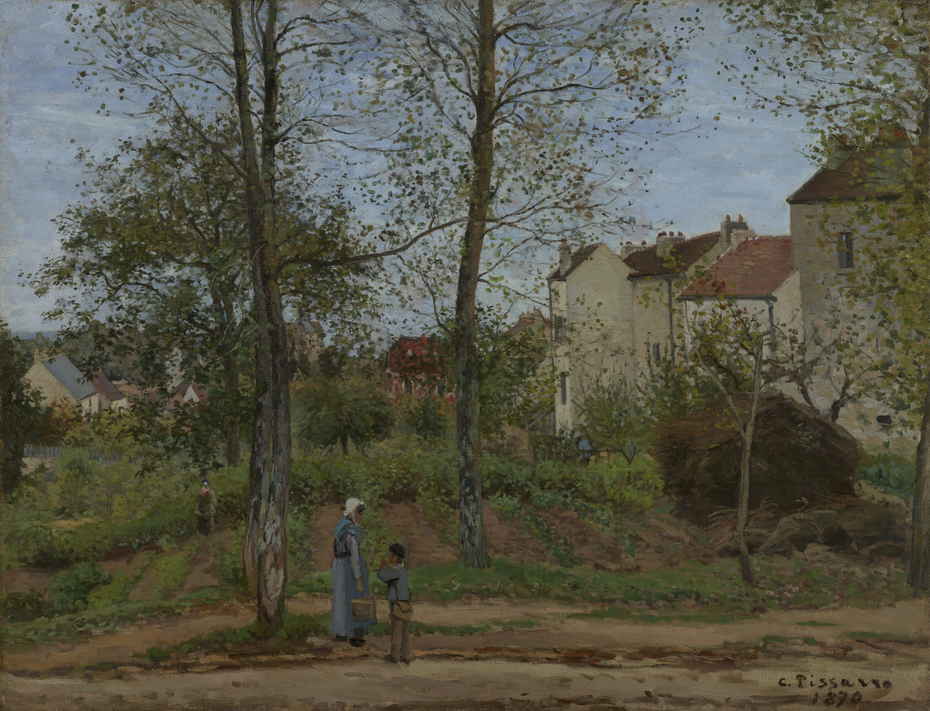 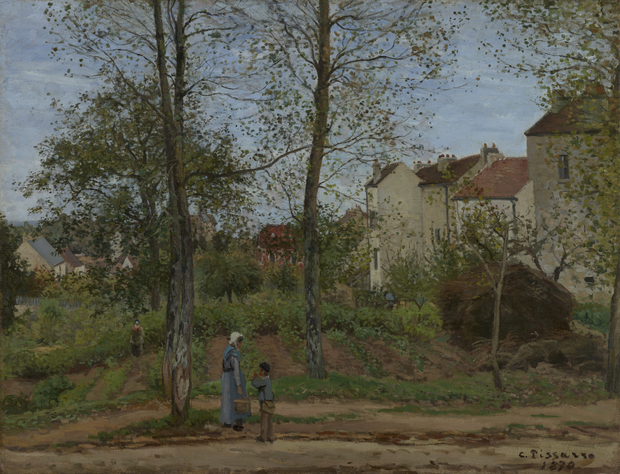 1870
Within a few hundred yards of his home, Camille Pissarro painted a view of peasants working in a shady, wooded garden alongside a group of village houses. In the foreground, a woman carrying a bucket pauses to talk with a young boy carrying his school satchel over his shoulder. The gray sky and the trees losing their leaves indicate autumn.

Painting in the open air alongside Claude Monet and Pierre-Auguste Renoir, Pissarro followed a new practice of breaking up surfaces with loosely placed brushstrokes. This revolutionary technique, the cornerstone of Impressionism, helps to reveal how light and movement affect the perception of objects. Pissarro made the canvas a field of textures and movement; the character of the brushstroke varies according to the texture and form of the object it describes. For example, the haystack is painted with straw-shaped brushstrokes, the leaves are suggested by jagged daubs of paint, and the stucco walls are depicted with broad, smooth strokes.