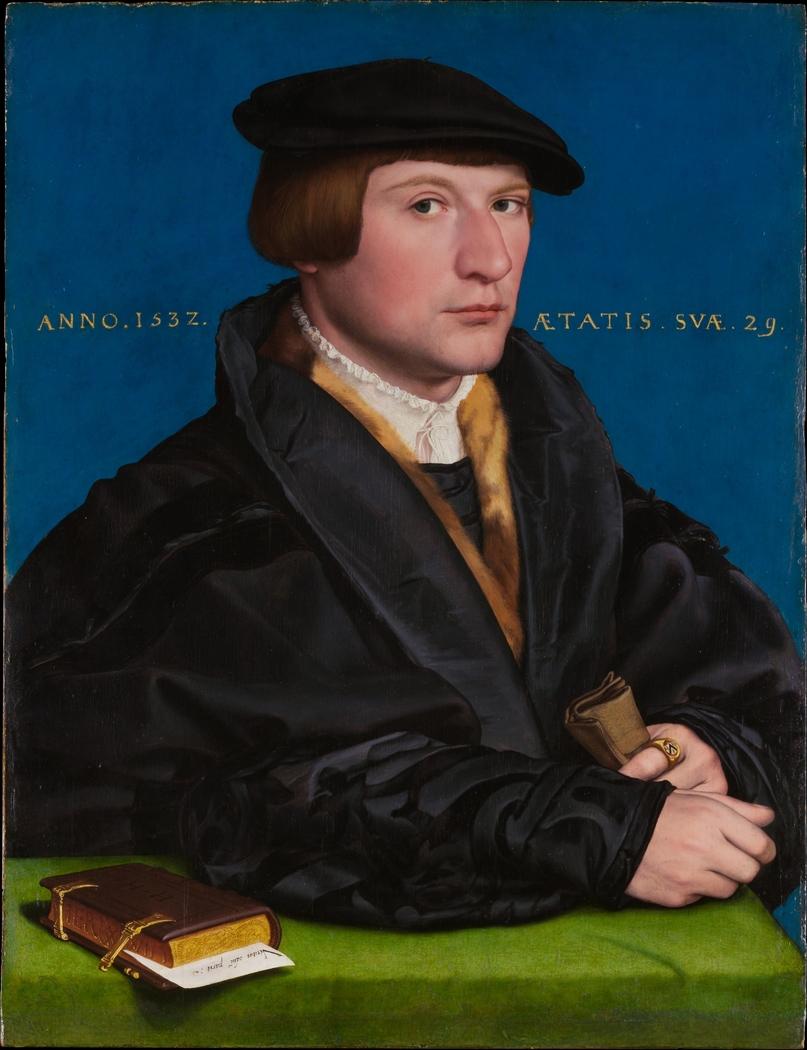 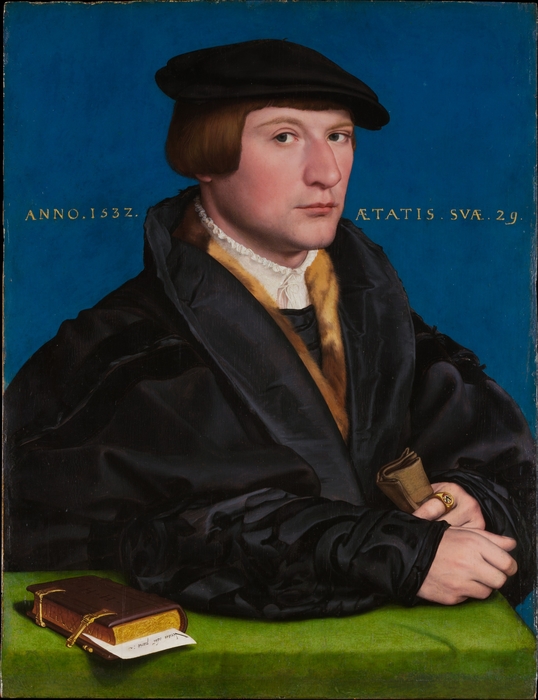 1532
During his second sojourn in England (1532–43) Holbein made portraits for a new clientele, the German merchants of the Hanseatic League, whose guildhall was located in the London Steelyard. The sitter, whose ring displays the arms of the Wedighs of Cologne, is probably Hermann von Wedigh III, portrayed at age twenty-nine. The Latin quotation on the sheet of paper in the foreground, reading "Truth breeds hatred," comes from the Roman comedy Andria by Terence, popular among Humanists. The inserted slip of paper could thus refer to the book’s content and perhaps have served as the sitter’s personal motto. (Source: The Metropolitan Museum of Art)

License:
Courtesy of The Metropolitan Museum of Art
For more:
https://www.metmuseum.org/art/collection/search/436658