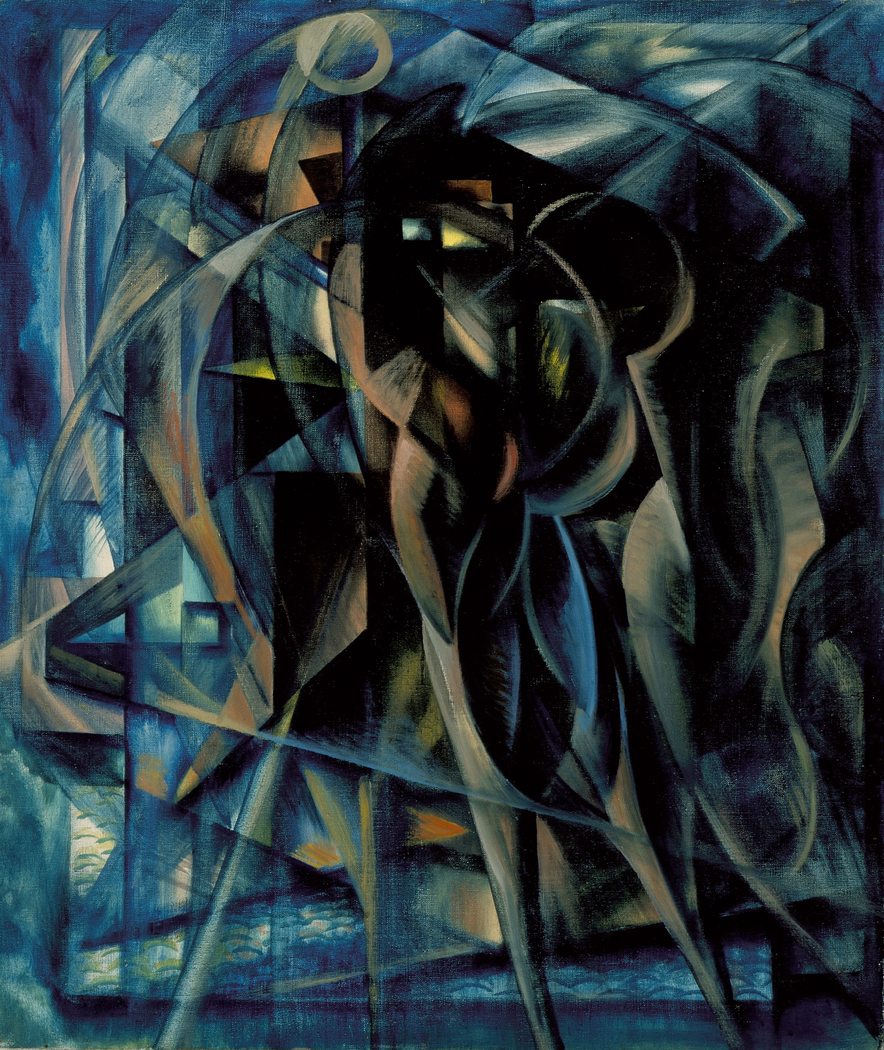 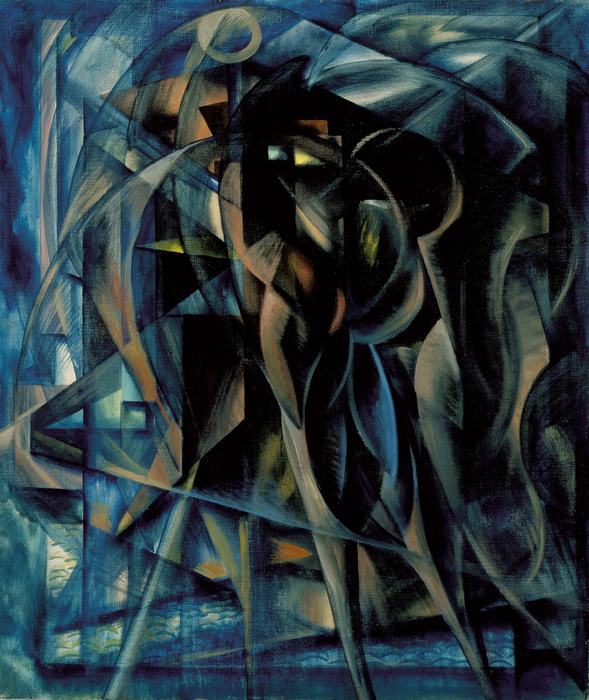 1925 - 1929
Berlin’s turn to modernism was supposedly initiated by his reading of Jerome Eddy’s notable book Cubists and Post-Impressionism (1914), and his earliest abstractions are indebted to cubism. Although Berlin probably never visited France, by the 1920s cubism was well known in Los Angeles and he would have been aware of it. In this painting the figures are fused with the surrounding environment in a configuration of overlapping and intersecting faceted planes and ray lines, standard cubist devices. During the 1920s, when this canvas may have been painted, STANTON MACDONALDWRIGHT was the dominant force in Los Angeles’s modernist circles. His art, although exhibiting more arabesque lines, may have influenced Berlin’s treatment of the figure, especially in his use of delicate, translucent planes. The cubist art of Lorser Feitelson, who became a major progressive force in Los Angeles after his move to the West Coast in 1927, also may have served as a model for Berlin. A painting that may have directly inspired Figures is Nude Descending a Staircase (No. 2), 1912 (Philadelphia Museum of Art), by Marcel Duchamp (1887-1968). Duchamp’s often reproduced painting was a notorious modernist work, and it is likely that Berlin became acquainted with it through the collector Walter Arensberg, who had settled in Hollywood in the 1920s and always opened his home to artists. Arensberg did not acquire the painting until 1930, but before that time he proudly displayed a color reproduction of it. As in Duchamp’s painting, Berlin’s cubist analysis of movement results in an allover composition of intersecting planes and diagonal lines colored in a somber dominant hue. The dark lines are in blue with brighter, warm colors brushed in to create a translucent effect. Figures may have been one of the paintings, as was Rhythmic Forms (unlocated), in Berlin’s 1924 exhibition at the Potboiler, for in an article commenting on the show, Berlin was praised for being one of the first to attempt the depiction of the fourth dimension. [source]