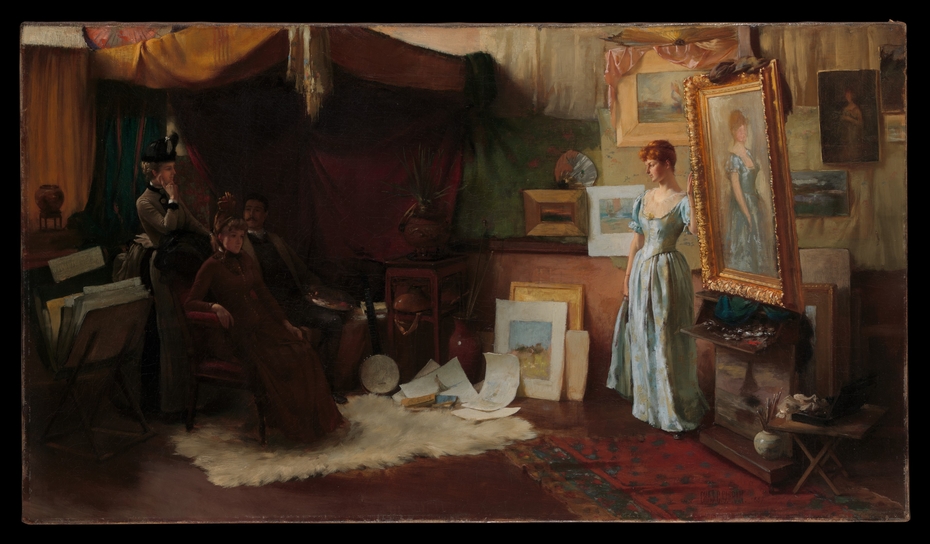 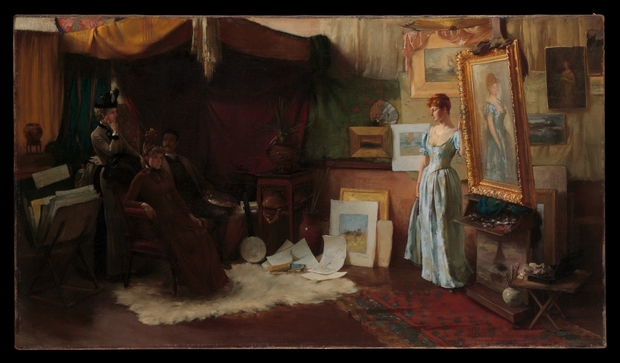 1887
A native of Kentucky, Curran moved in 1881 to New York City, where he attended the National Academy of Design and became a prolific and popular painter of genre scenes and portraits. Here, he depicted a model presenting her image to an audience of two “fair critics.” The artist, with his palette on his left knee, attempts to gauge their reactions. The lavish interior recalls William Merritt Chase’s eclectic and abundantly equipped studio, which inspired many of his contemporaries. An artist’s handsome studio signified the effort to create beauty for its own sake and reassured clients of its proprietor’s taste and sophistication. (Source: The Metropolitan Museum of Art)