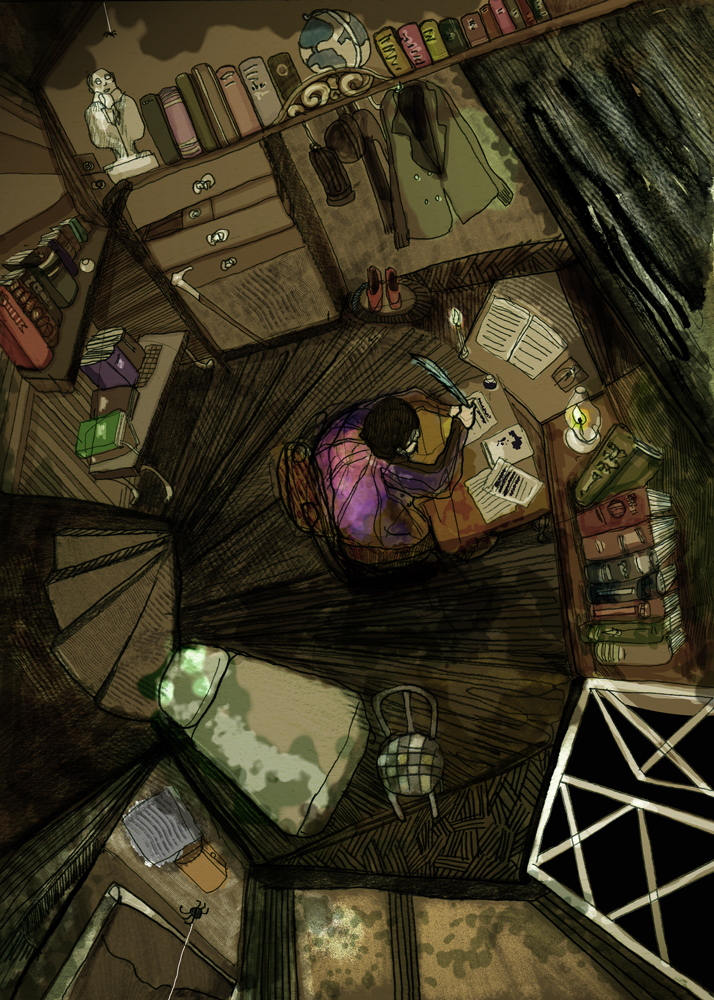 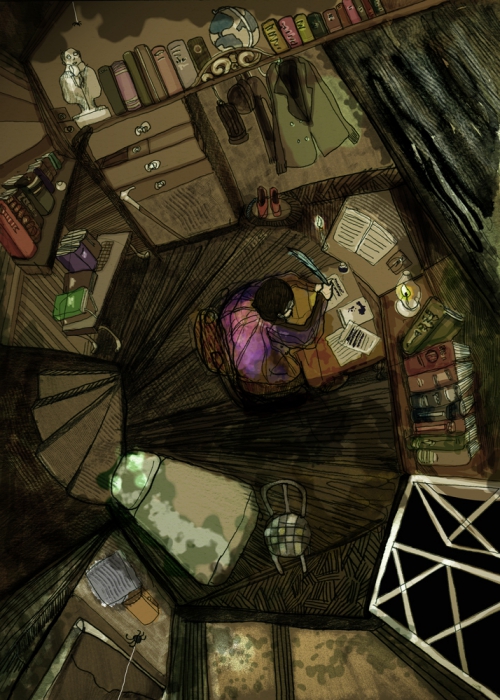 2009
Edgar Allan Poe's Illustrated Bio.
This project is going to be held in january 2009 in Bogotá's 3 major Libraries through an exhibition.
Each illustration is 50 x 70 cm.

In March 1931 Edgar Allan Poe moved to Baltimore with his aunt Maria Clemm, his cousin Virginia and his brother William Henry, who died shortly after. Installed in an attic, Poe was devoted entirely to his literary work, working with short stories. His adoptive father dies without leaving John Allan nor a penny of inheritance. However, a newspaper in Baltimore gave him a $ 50 award for his story: Manuscript found in a bottle. Soon after, he married his cousin Virginia, who carried a precarious health.

License:
All rights reserved. Exhibited on USEUM with the permission of the rights owner.
For more:
http://www.flickr.com/photos/adalberto_camperos/3190968177/…