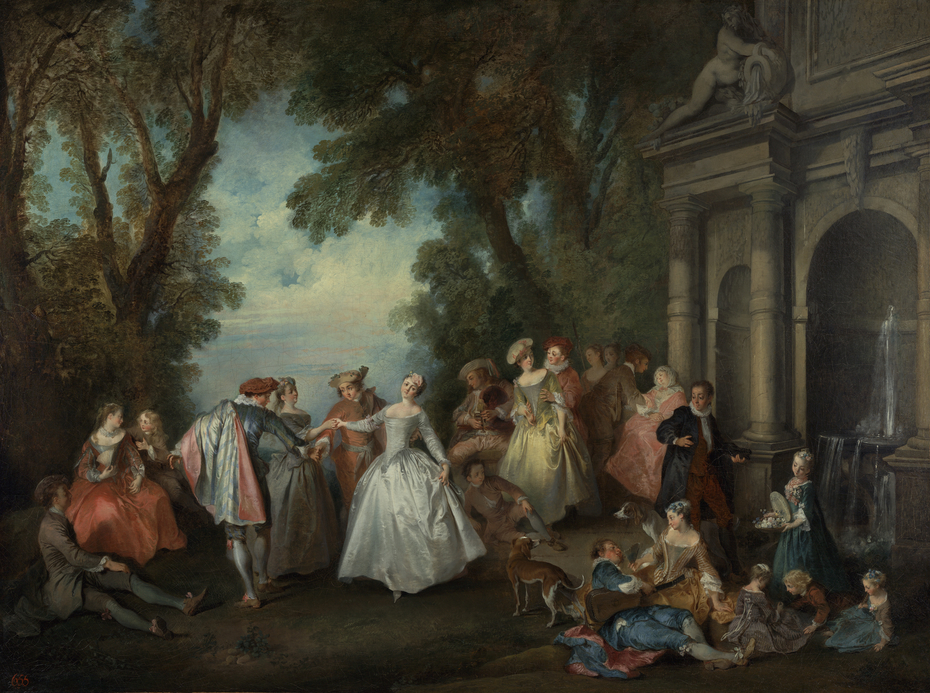 Dance before a Fountain

1724
In a luxuriant park adorned with a monumental fountain, two couples perform a country dance, accompanied by the music of a rustic bagpipe. On either side, other couples play out the game of love in its various stages of anticipation, entreaty, and reward.

Lancret's subject was an invention of the 1700s. Called a fête galante,these paintings depicted a pastoral landscape peopled by elegant figures strolling, making music, or attempting to woo their partners. Participants of the fête galante seemed uninhibited by the stiff conventions of formal society.

Lancret's fluid brushstroke is evident in the shimmering highlights of the costumes and in the play of their opulent colors against the harmony of the landscape background. The painting's relatively large size suggests that it was commissioned by a prominent collector, possibly an aristocratic patron or member of the French royalty.

License:
Courtesy of The Getty
For more:
http://www.getty.edu/art/collection/objects/132392/nicolas-…