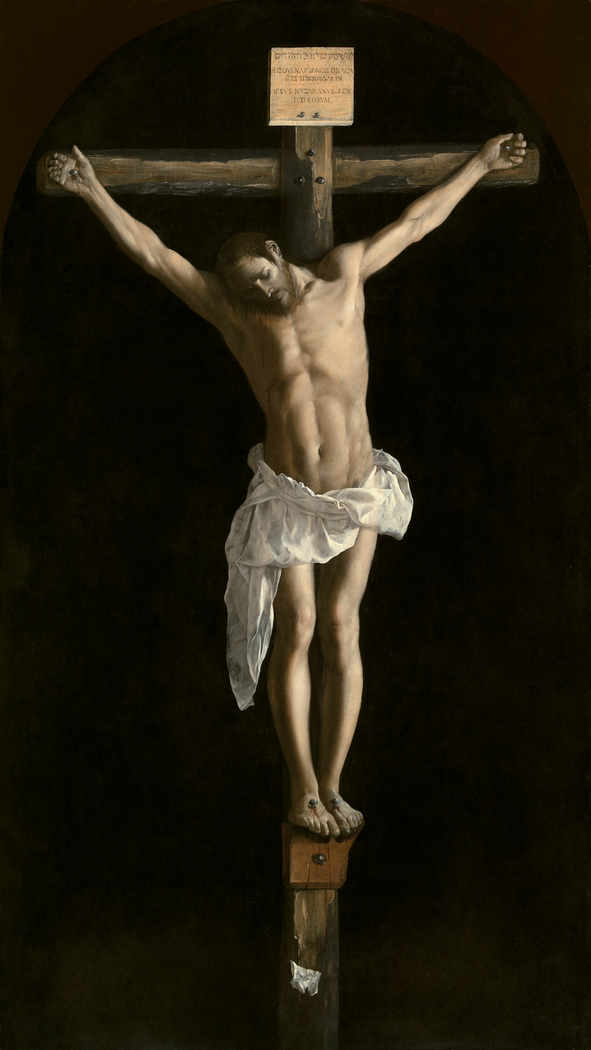 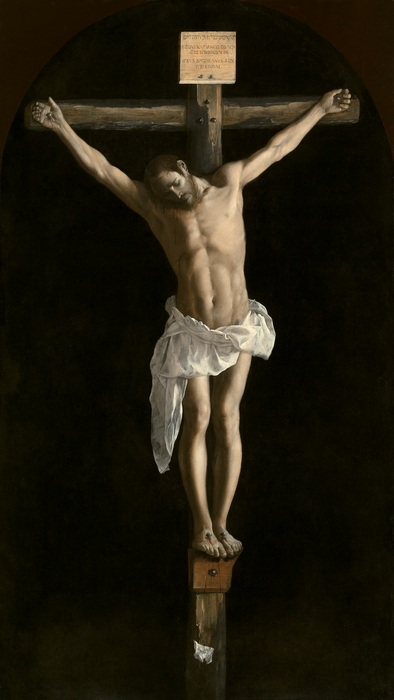 1627
Beginning in the mid-sixteenth century, the Roman Catholic Church clarified and reaffirmed its doctrine and practices in an effort to combat the impact of the Protestant Reformation. This effort, known as the Counter-Reformation, recognized the educational and inspirational value of visual images and required artists to work in a style that favored clarity and dramatic fervor.

In 1627 Francisco de Zurbarán, then living and working in the provincial Spanish town of Llerena, painted this Crucifixion for the monastery of San Pablo el Real in prosperous Seville. In the dimly lit sacristy where it was installed, the image of Christ awed the faithful. A later commentator noted that it appeared to be a sculpture rather than a painting. Zurbarán envisioned the crucified Christ suspended outside of time and place. Conforming to Counter-Reformation dictates, the artist depicted the event occurring not in a crowd but in isolation. Emerging from a dark background, the austere figure has been both idealized in its quiet, graceful beauty and elegant rendering and humanized by the individualized face and insistent realism. Strong light picks out anatomical detail, the delicate folds of the white loincloth, and a curled scrap of paper at the base of the cross on which the artist’s name and the date of the painting are inscribed. (Source: Art Institute of Chicago)