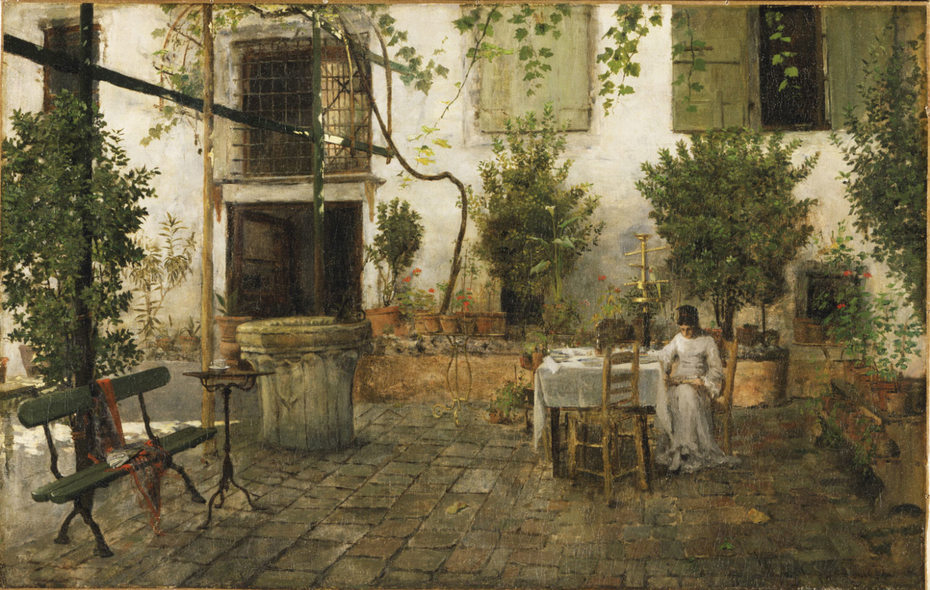 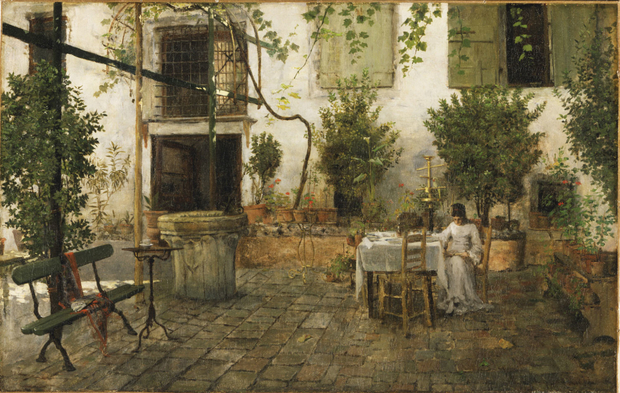 1877
At the end of his student years in Munich, Germany, William Merritt Chase traveled to Venice twice before returning to New York in 1878. The picturesque Italian city was a source of inspiration for expatriate American Impressionists throughout the period, offering a seemingly infinite range of subjects that resonated with the colorful artistic tradition of the Venetian Renaissance. This peaceful courtyard is an early example of the varied colors, textures, lighting, and forms that Chase explored in his later interiors, particularly depictions of his own studio. [source]