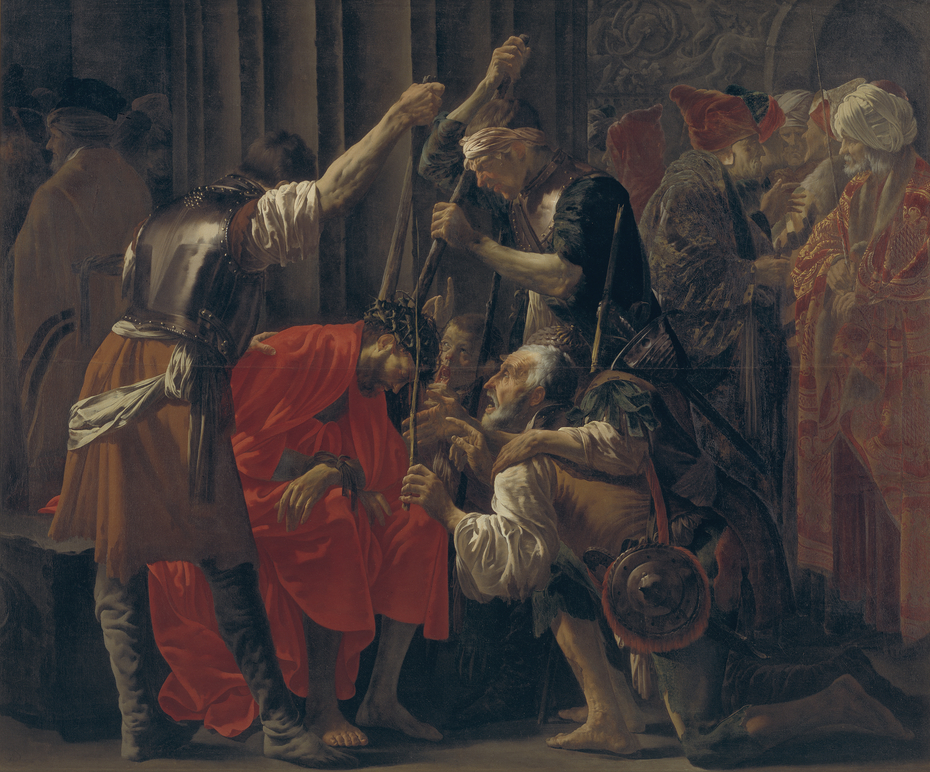 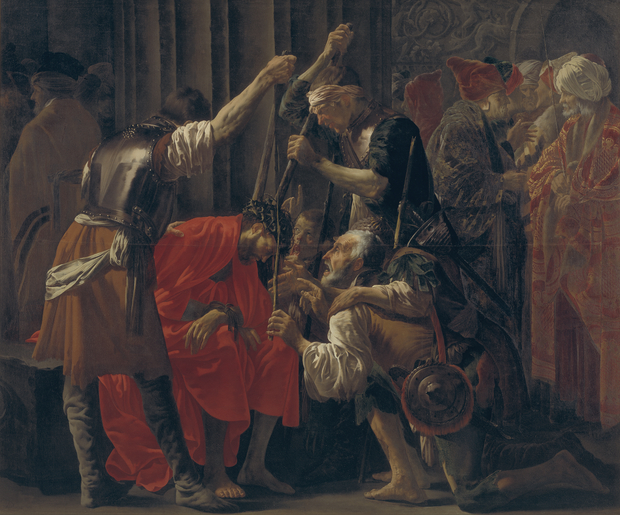 1620
Christ is shown with his head down, quietly suffering in the forecourt of Pilate’s palace, surrounded by jeering soldiers.

The scene depicts one of the torments that Christ was subjected to on the long Friday that ended in his death upon the Cross. Mockingly he has been called the King of the Jews, and now his tormentors have crowned him with thorns and wrapped him in a scarlet cloak to indicate his kingly stature.

One of the soldiers kneels before Christ in mock humility, handing him a stick in lieu of a sceptre.

License:
Courtesy of the National Gallery of Denmark
For more:
http://www.smk.dk/en/explore-the-art/highlights/hendrick-te…