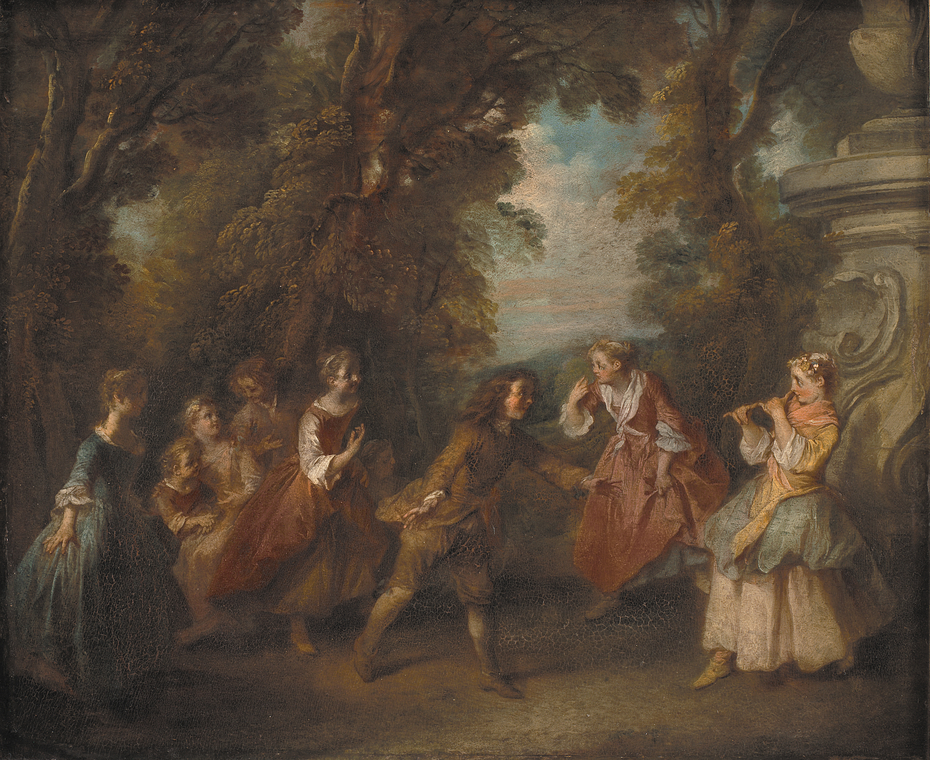 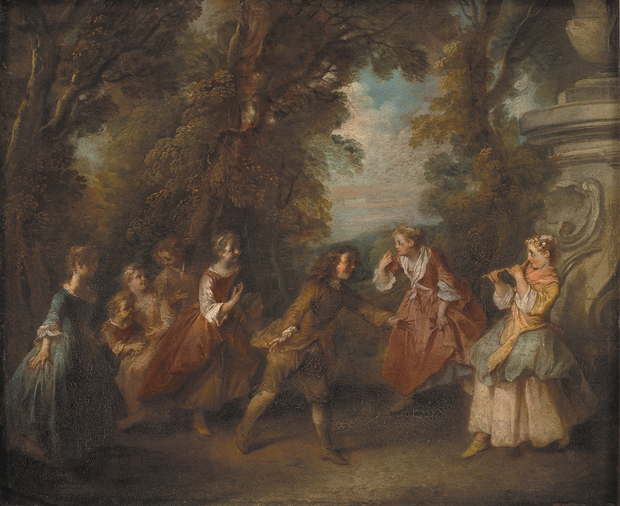 Children Playing in the Open

1705 - 1743
The beginning of the 18th century saw the introduction of a new genre within French painting, fêtes galantes or ”elegant parties”, which feigned to depict the aristocracy and their ritualised social gatherings, pastimes, and courting. Several later painters adopted elements from the genre but combined it with more rustic settings and characters, thereby creating more everyday-like scenes.

The girls playing, the boy trying to conquer
The objective of the game is for the person in the middle to conquer a place from one of the four opponents in the four corners. Here, the boy’s attempts at making his first conquest are frustrated by the girls’ teasing gestures and secret signs. The younger children in the background are still too young to play the game and are having the rules explained to them by a slightly older boy.

License:
Courtesy of the National Gallery of Denmark
For more:
http://www.smk.dk/en/explore-the-art/highlights/nicolas-lan…