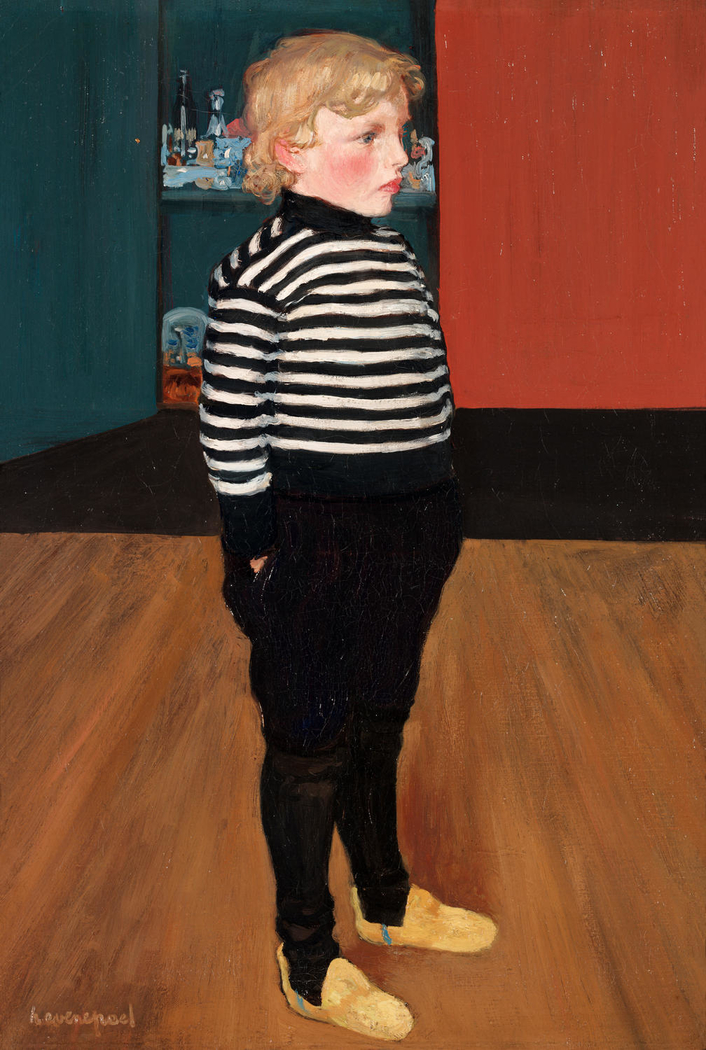 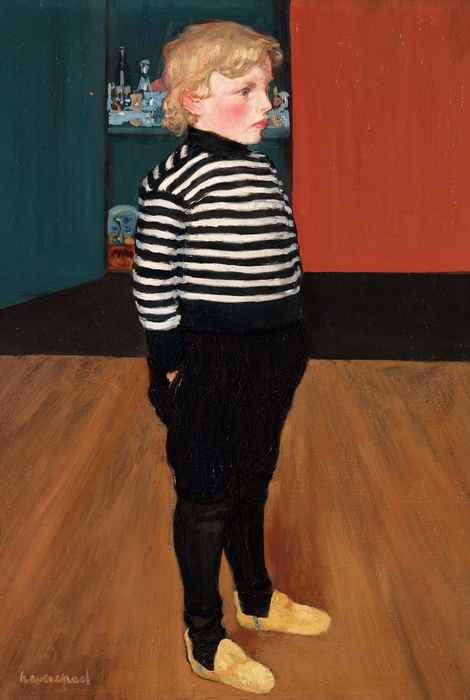 Charles in a Striped Jersey

1898
This 1898 portrait of Charles au jersey rayé is one of the most famous paintings by Henri Evenepoel (1872-1899) and it is thanks to support from the children of Anne and André Leysen that the King Baudouin Foundation was able to raise the funds necessary to acquire this masterpiece. After a period of usufruct, the painting will definitively become part the Belgian public art collections.

The Brussels painter Henri Evenepoel is known above all for his portraits, and particularly for those he made of children. The children he used as models were the sons and daughters of his immediate family, close friends and acquaintances. Henri Evenepoel loved painting the three children of his cousin Louise Van Mattemburgh and often did so. Charles au jersey rayé features the eldest of the three siblings, with a serious and silent attitude. Born out of the secret relationship between the painter and his cousin, Charles, unlike his sisters, always seemed a rather serious child.

Henri Evenepoel developed his own particular style to convey the very essence of childhood. Using light brushstrokes, he tried to capture the instantaneity of the child’s world. Unlike other painters, Evenepoel painted his son really like a child and not as a small adult. It is this that makes his portraits of children so special in the history of art.

Charles au jersey rayé is significantly different from other child portrait because of its extremely modern composition. The use of flat geometric strokes of warm colours has the effect of making Charles stand out from the room in which he appears. The empty bedroom reflects the distance that separates the father from his child. The modernism of this painting is unique not only in Evenepoel’s own work, but also among the works of his contemporaries.

Despite his premature death at the age of only twenty-seven, Henri Evenepoel left behind an exceptional pictorial heritage. He made a significant contribution to symbolism, of which Charles au jersey rayé is a particularly remarkable example.

Almost a hundred years after his death, the Belgian Post Office published two commemorative postage stamps in memory of the painter. The portrait Charles au jersey rayé and that of his sister Henriette au grand chapeau were selected for the occasion.

License:
Courtesy of the King Baudouin Foundation
For more:
https://www.heritage-kbf.be/collection/charles-au-jersey-ra…