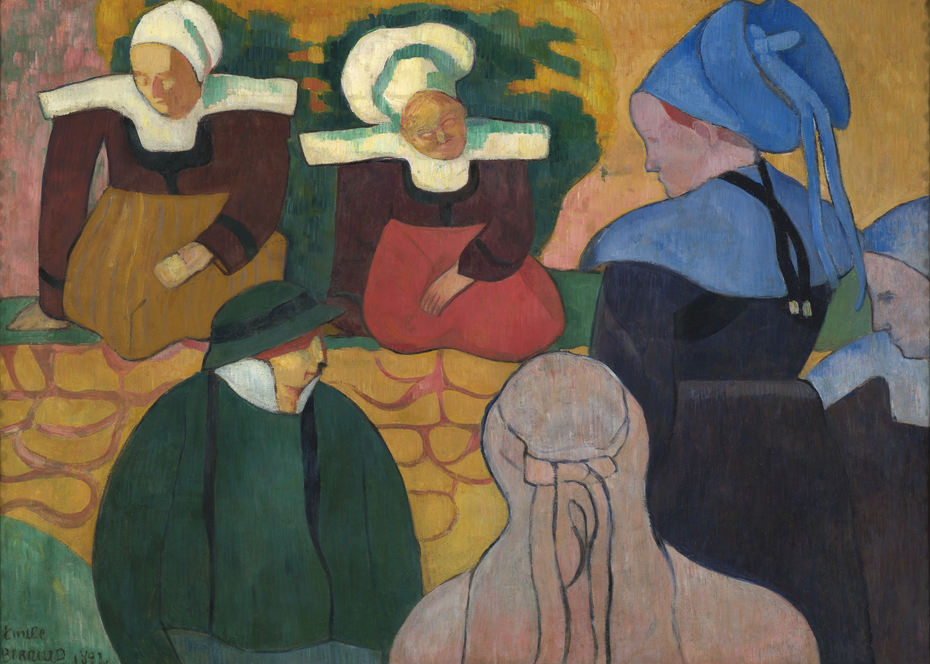 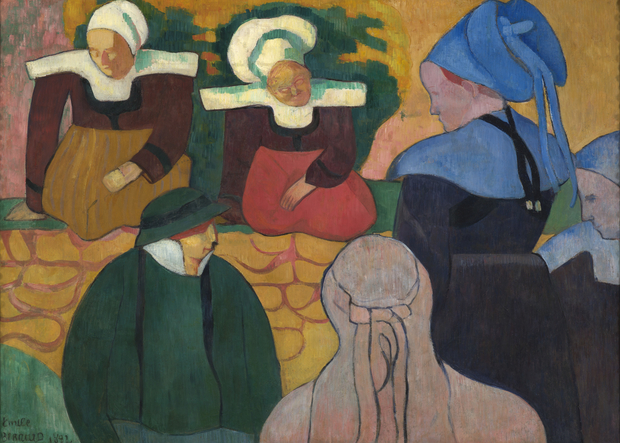 Breton Women at a Wall

Working together in a remote village in western France during late summer 1888, Paul Gauguin and the inventive young painter Emile Bernard developed the bold new style now identified with the School of Pont-Aven.

Liberated from standard rules of color, scale and perspective, Bernard chose vivid hues and dynamic patterns based on his imagination rather than strict observation of nature.

The women's head coverings, or coiffes, are part of the traditional Pont-Aven dress that the visiting artists found so picturesque.

Size:
32-7/8 x 45-1/2 in
Medium:
Oil on cardboard
License:
Public Domain, Courtesy of the Indianapolis Museum of Art
For more:
http://collection.imamuseum.org/artwork/40399/