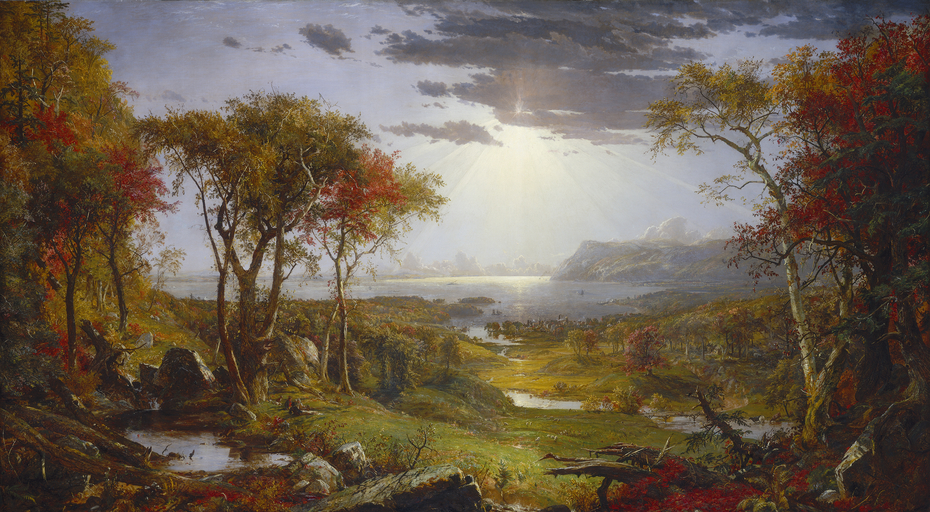 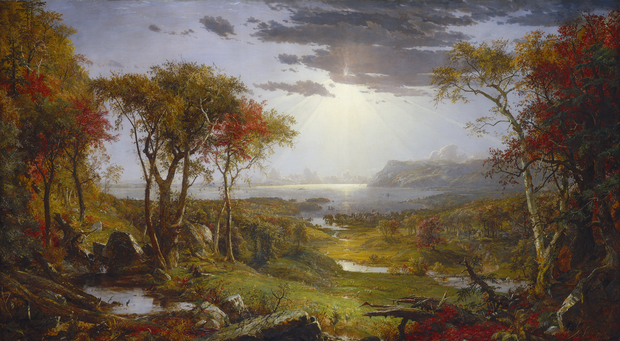 Autumn - On the Hudson River

1860
This monumental view of the Hudson River Valley was painted from memory in the artist's London studio. Cropsey adopted a high vantage point, looking southeast toward the distant Hudson River and the flank of Storm King Mountain. A small stream leads from the foreground, where three hunters and their dogs gaze into the sunlight. All along the meandering tributary there are signs of man's peaceful coexistence with nature: a small log cabin, grazing sheep, children playing on a bridge, and cows standing placidly in the water. Here, man neither conquers nor is subservient to nature; both coexist harmoniously. In fact, the landscape is depicted as a ready arena for further agricultural expansion. While autumnal scenes traditionally are associated with the transience of life, Cropsey's painting is more a celebration of American nationalism. As a critic wrote in 1860, the picture represents "not the solemn wasting away of the year, but its joyful crowning festival."

The painting created a sensation among many British viewers who had never seen such a colorful panorama of fall foliage. Indeed, because the autumn in Britain customarily is far less colorful than in the United States, the artist decided to display specimens of North American leaves alongside his painting to persuade skeptical visitors that his rendition was botanically accurate.

More information on this painting can be found in the Gallery publication American Paintings of the Nineteenth Century, Part I, 118-122, which is available as a free PDF 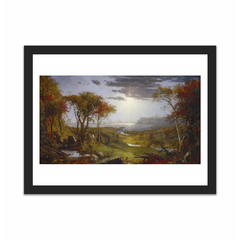 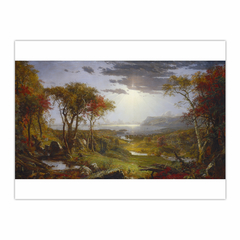