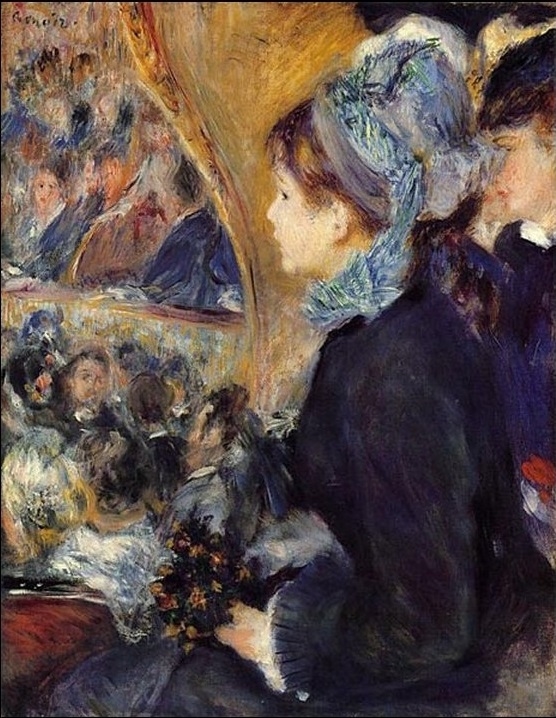 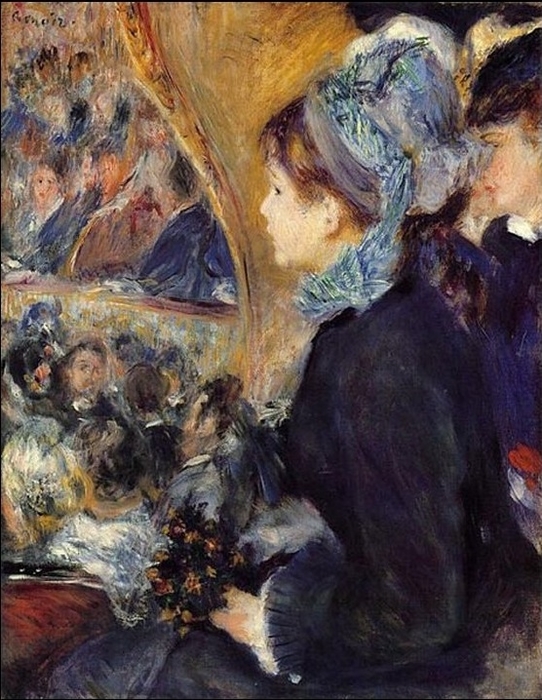 At the Theatre (La Première Sortie)

This picture focuses on the young girl who leans forward in her seat to gain a better view of the performance. X-rays show that Renoir originally intended to include two more figures in front of the girl.
Modern city entertainments such as cabaret, the theatre and the circus were popular themes among the Impressionist painters. The subject of a theatre box had been treated earlier by Renoir in 'La Loge' (London, Courtauld Institute).
This painting has been known by various titles. The art dealer Ambroise Vollard called the picture 'Au Théâtre' in his 1918 catalogue of Renoir's work, but it subsequently became known as 'La Première Sortie' (The First Outing).