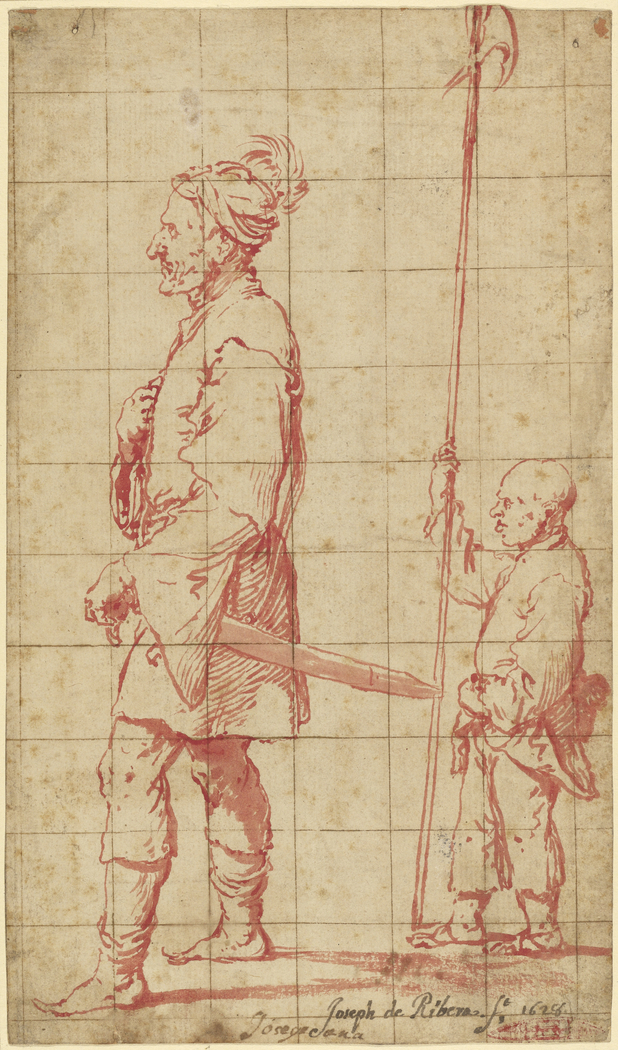 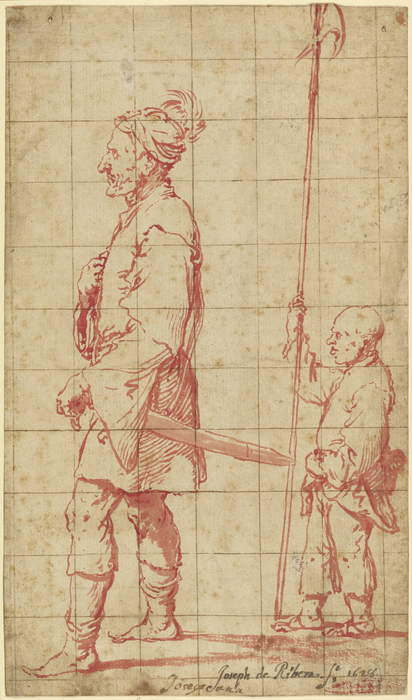 An Oriental Potentate Accompanied by His Halberd Bearer

1625 - 1630
Jusepe de Ribera not only contrasted the sizes of the gigantic potentate and his dwarf halberd bearer but also juxtaposed their somewhat disheveled appearance with their grandiloquent poses. This caricature-like representation displays Ribera's usual strain of irony and frequent combination of figures of differing scale.

The striking crimson ink underscores the outlandish qualities of Ribera's subject matter. To make the ink, the artist probably used a dye made from the cochineal insect, a relative of the mealybug. He also applied his ink somewhat unconventionally, in tremulous, undulating lines made with the point of a brush.

Ribera neither inscribed nor squared the drawing himself. Sometime after his death, another craftsman probably considered transferring the design to an engraving plate.