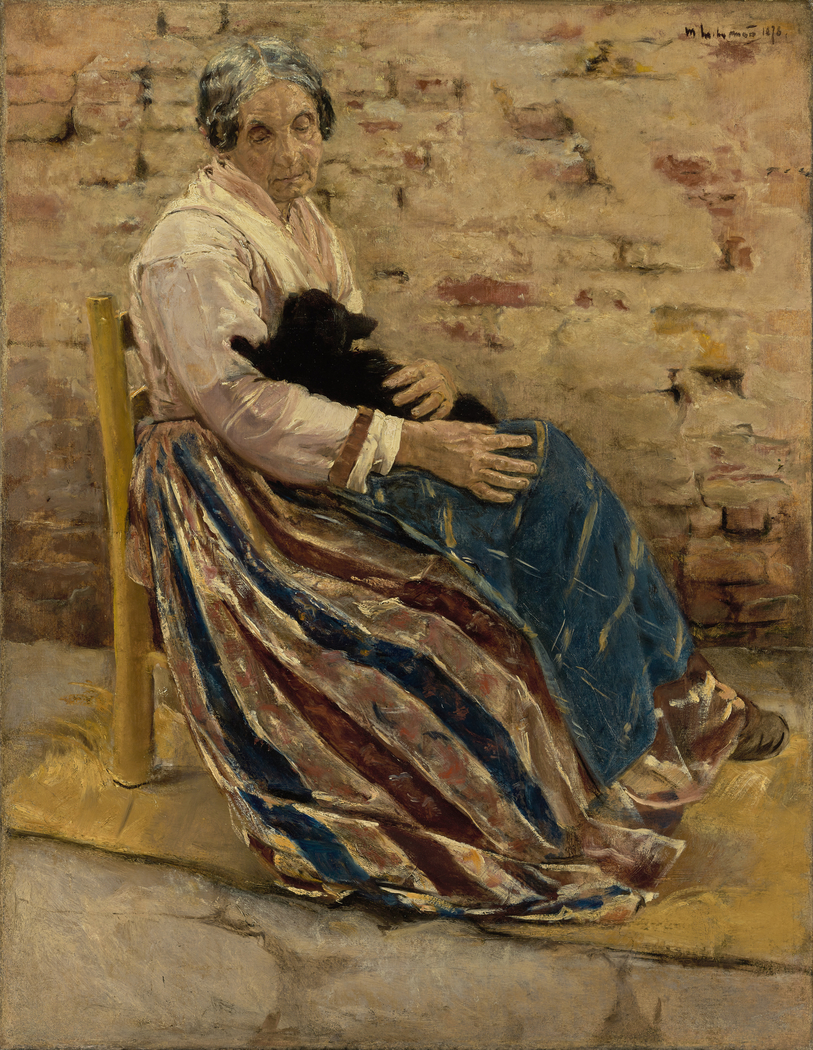 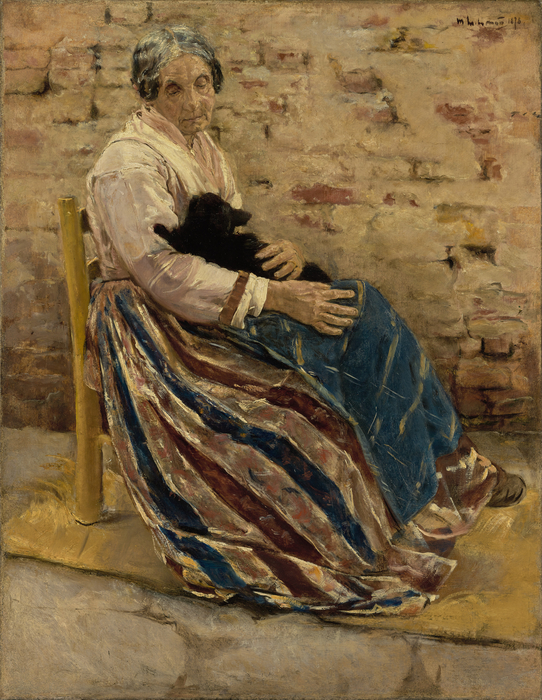 An Old Woman with Cat

1878
An old woman sits alone with a cat in front of a rough wall. Her head bowed to the side and her large coarse hands gently embracing the cat emphasize the emotional bond between the woman and her pet. Through such gestures, Max Liebermann filled the subject with his own understated and affecting humanity. He depicted the woman in bright light and wearing a richly colored skirt, thus omitting obvious signs of poverty and avoiding an unnecessary display of sentimentality.

Influenced by the Dutch Masters of the 1600s, Liebermann became fascinated with themes that concerned contemplative states. He also absorbed the lessons of French painters; his richly worked execution of this painting reflects the painterly style he learned in Paris in the 1870s. The Old Woman with Cat was painted in 1878 in Venice, where Liebermann went to recuperate after breaking his leg. He captured that city's famous golden light to harmonize the rich and disparate colors and textures of the woman and the setting.

License:
Courtesy of The Getty
For more:
http://www.getty.edu/art/collection/objects/804/max-lieberm…