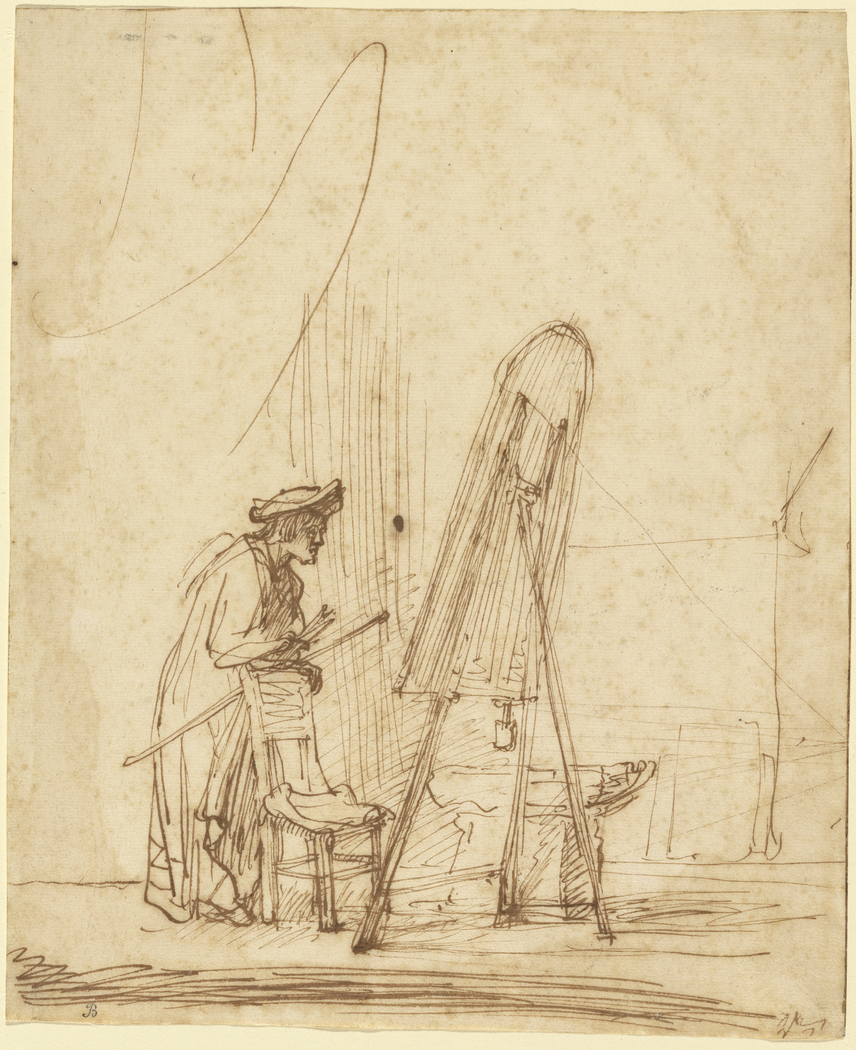 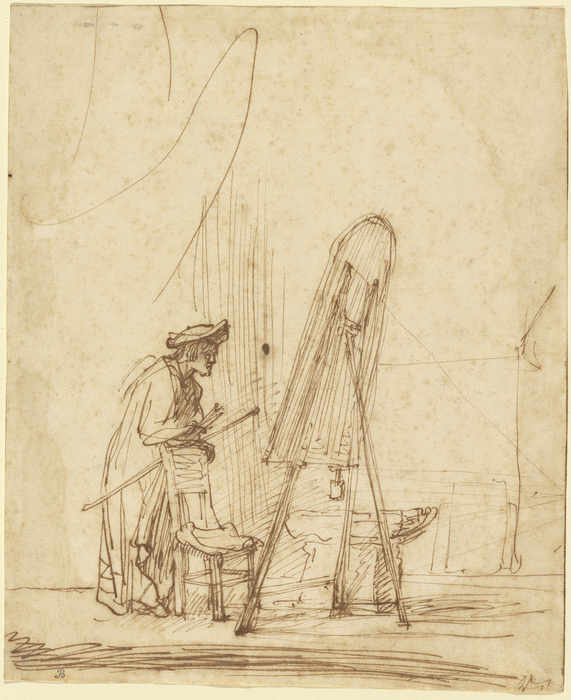 An Artist in His Studio

1630
Using only pen and ink, which shows every mistake, Rembrandt Harmensz. van Rijn created the space and volume of an artist's studio with a spare use of line. He drew the easel and the painting first, as the point of reference for the artist and the other objects. He later added the perspective lines that converge beyond the right edge of the paper; they served to confirm his intuition about the correct construction of objects in space. The heavier reinforcing lines at the bottoms of the chair and easel indicate adjustments to their placement.

Some scholars have labeled this drawing as a self-portrait in which Rembrandt himself views a panel from a distance, developing a mental image of the whole picture before he begins to work. Alternatively, other scholars argue that it depicts Rembrandt's friend and fellow Leiden artist Jan Lievens, who began his pictures by making a rough sketch in paint directly on the canvas.