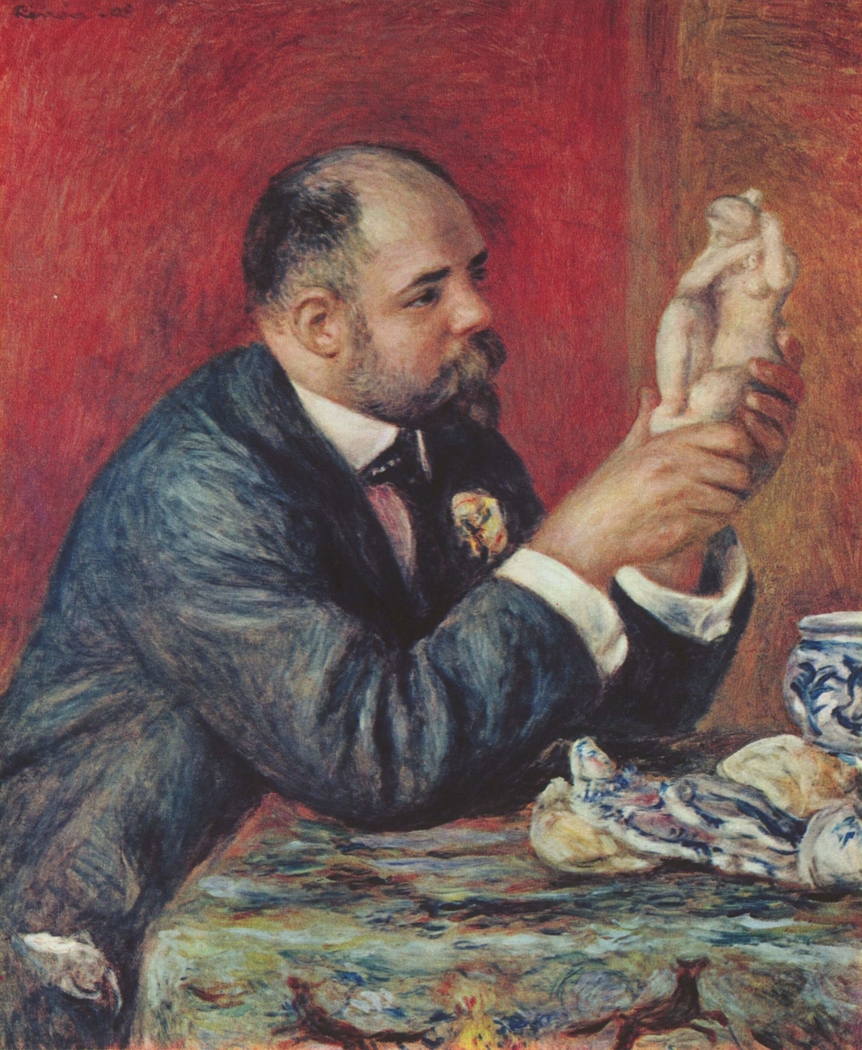 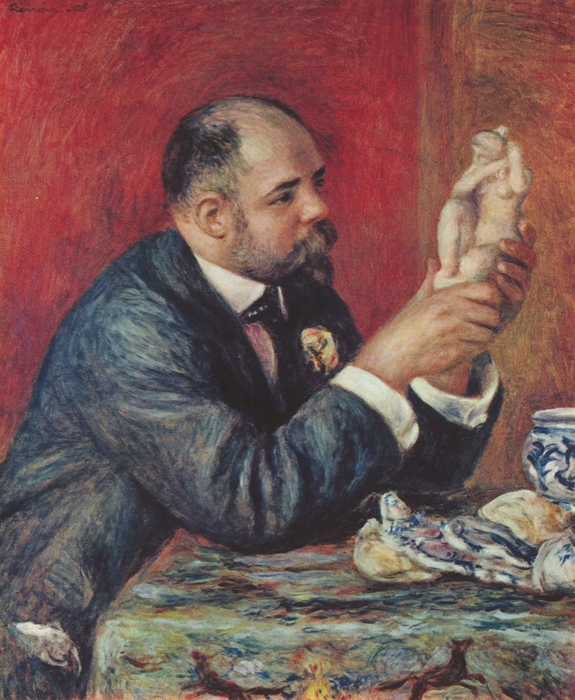 One of the principal modern art dealers in the early twentieth century and a shrewd businessman, Ambroise Vollard sold much of Renoir’s work after 1900. Renoir depicts him here as a connoisseur, examining a statuette of a kneeling female nude. The theme echoes portraits of collectors from the Italian Renaissance. Vollard’s features are somewhat idealised: he was a big, heavy man often mocked for his bald head and bulbous nose.