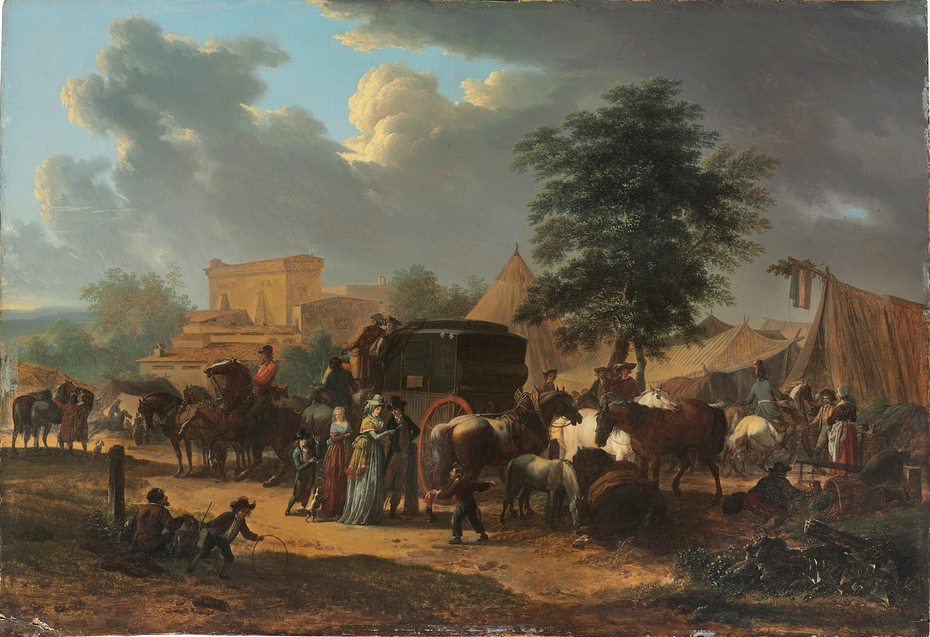 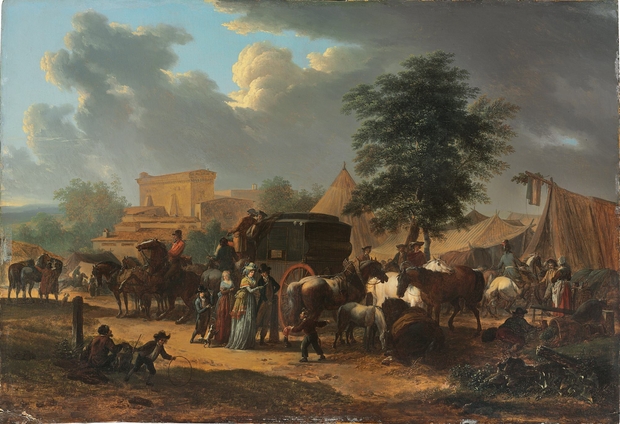 1793
Probably exhibited at the Salon of 1793, the horse market in Swebach is one of the most emblematic works of the production of painting mixing genre and landscape, very fashionable at the start of the First Republic, contrary to what one might think. The new society resulting from the Revolution was in fact more inclined towards this type of pleasure paintings mixing picturesque and nature than towards the civic, heroic or topical scenes promoted by the new public authorities. The Salon of 1793 marked the peak of this craze.

A family wearing a cockade gets out of a sedan and visits a horse market on the outskirts of a village where there is a military camp. The cockades, the enormous sedan which makes one think of that of the flight to Varennes as well as the family made up of a girl and a boy of the age of the royal children, the military camp indicated by a tricolor flag as well as a soldier in uniform mounted tricolor plume, back, evoke the revolutionary period, while the scenic and disorder of the fair restore rural France of the late eighteenth century.

Does this artwork infringe your rights? Report it
Send it as
an e-card