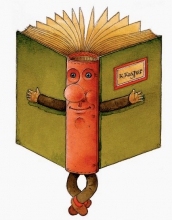 Kestutis has four children and a grandson. He lives in Vilnius, Lithuania.
more >
13