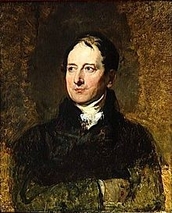 Raised in Rome, Neoclassical painter François Gérard acquired a love of Italian painting that informed his art for life. Returning to Paris around 1782, he studied under such artists as sculptor Augustin Pajou and painter Jacques-Louis David, who hired him as assistant in 1791.

By 1793, with both parents dead and taking full responsibility for his youngest brother, Gérard earned a living by illustrating folio editions of literature. Miniature painter Jean-Baptiste Isabey helped him repeatedly, most importantly by commissioning a portrait that launched Gérard's reputation as a society portraitist in 1796. Praised for their naturalism and brilliant characterizations, Gérard's portraits gained Napoleon's attention and court favor rivaling even David. For historical and mythological subjects, Gérard based his style on David's Neoclassicism but infused it with a dreamlike quality.

Politically flexible, Gérard was honored by all of the vastly differing regimes following the French Revolution of 1789, including being made a baron by Louis XVIII. Years later, a critic's enthusiasm remained typical: "What matter that he is first painter to the king? He is the king of first painters."
more >
6