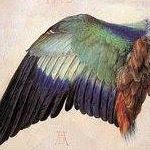 Sharing my school teaching - like education - I intensified in recent years personal exposures in Granada, Seville, Madrid, Vigo and southern. I also works at the Museum" Quiñones de León" of Vigo and the Museum of Contemporary Art Baeza.
more >
22