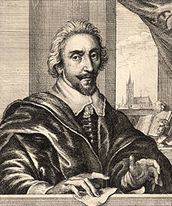 Adriaen Pietersz. van de Venne (1589-1662)
War and religious strife in the Southern Netherlands persuaded Adriaen Pietersz van de Venne’s parents to move to Delft. This is where their son was born in 1589. Although he registered as a student at Delft university in 1605, Van de Venne preferred an apprenticeship to artist Jeronymus van Diest I and later Simon de Valck. Later, Van de Venne worked in Middelburg, where in addition to painting, he also produced book illustrations. He also emerged as a poet and a political propagandist for the stadholders of the house of Orange-Nassau. In 1625, Van de Venne moved to The Hague, where he joined the artists guild and helped found the Pictura society. There Van de Venne published literary work which he illustrated himself.
more >
2