Realism is the 19th century movement that developed in France with the main objective to represent reality through the depiction of real-life events and subjects in a naturalistic manner. By rejecting both the idealism of Neoclassicism and the strong emotionalism of Romanticism, the movement sought to portray the contemporary society and its ordinary life with great ‘realism’, not avoiding even the unpleasant aspects of it. The main exponents of the movement, Gustave Courbet, Jean-François Millet, Jean-Baptiste-Camille Corot and Honoré Daumier, took inspiration from the contemporaneous naturalist literature of Émile Zola, Honoré de Balzac and Gustave Flaubert, according to Courbet‘s statement that “painting is an essentially concrete art and can only consist in the representation of real and existing things.” 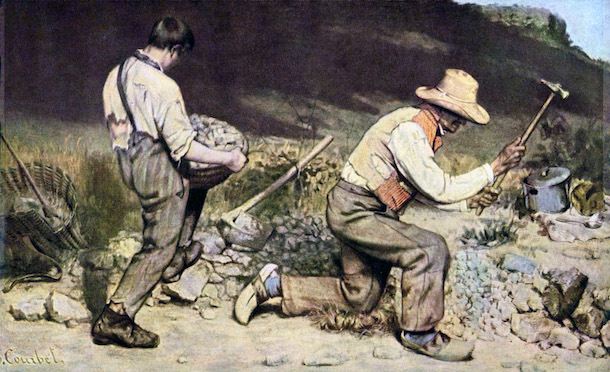 Realist painters used common laborers and ordinary people in ordinary surroundings engaged in real activities as subjects for their works. They portrayed a mixed society with people of all social classes that reflected the new commercial and industrial world. The choice to bring everyday life in their paintings was seen as the desire to unify art and life as naturalist writers were doing in literature. To do so, they tried to avoid artificiality by rejecting some artistic conventions and painting techniques such as the perspective. The popularity of realist artworks grew with the introduction of photography that created the desire for people to produce performances that seem objectively real. 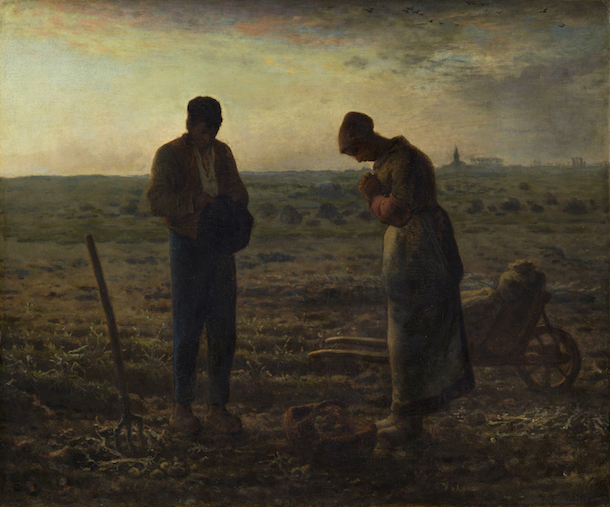 The French Realism soon spread to other European countries during the 19th century. The Wanderers or Peredvizhniki, which included artists such as Ilya Repin, was considered a realist group in Russia. In Britain some artists such as Hubert von Herkomer and Luke Fildes had great success with realistic paintings depicting social issues and representations of the "real" world. The Ashcan School, an artistic movement largely based in New York, including George Bellows and Robert Henri, was considered American realism in its tendency to represent the daily life of the poorest members of society. Besides, French Realism was a great influence for other artistic movements such as Impressionism. Explore more about the movement in History of Realism.