Futurism is one of the most important Italian avant-garde movements of the 20th century. It was founded in Milan by the Italian poet Filippo Tommaso Marinetti who launched the Futurist Manifesto on 5 February 1909. That moment saw the birth of the Futurists, a small group of radical Italian artists working just before the outbreak of the First World War. Among modernist movements, the Futurists rejected anything old and looked towards a new Italy. At that period, the weight of the Italian cultural history was felt as particularly oppressive in the country and the Futurists were inspired to change it. In his Manifesto Marinetti put the attention to the industrial world, its modernity and its technological advancements. He was interested in promoting the beauty of modern life – speed, technology, youth, violence, cars, airplanes, the industrial city and all that represented the technological triumph of humanity over nature. 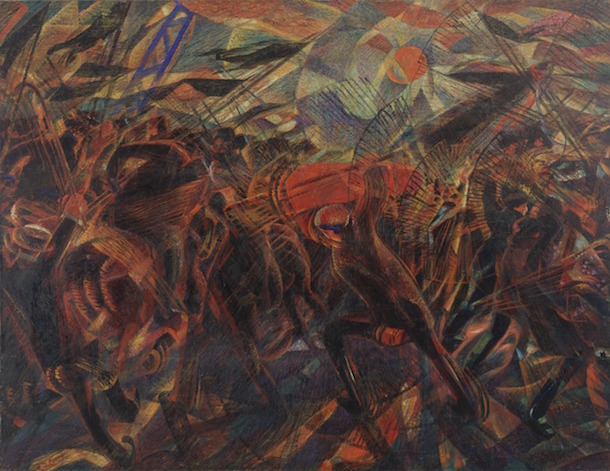 After the publication of the Manifesto lots of artists, painters and poets joined Marinetti’s ideas and the Futurism movement. Umberto Boccioni, Carlo Carrà, Giacomo Balla and Gino Severini became actors and leaders of the Italian artistic movement of Futurism and founded their own Manifesto in 1914, the Technical Manifesto of Futurist Painting. According to Marinetti’s principles, the futurist artists aimed to a "universal dynamism” in their paintings. They proposed an art that celebrated the modern world of industry and technology:

"We declare a new beauty, the beauty of speed. A racing motor car is more beautiful than the Victory of Samothrace". 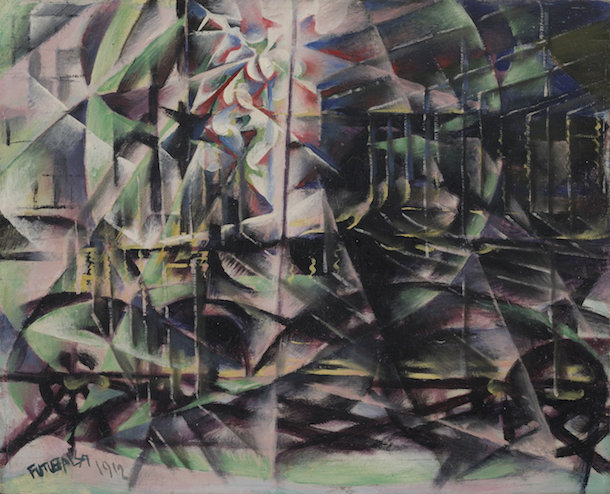 Unlike many other modern art movements, such as Impressionism and Pointillism, Futurism was not immediately identified with a distinctive style. Its adherents worked in an eclectic manner, borrowing elements from various aspects of Post-Impressionism, including Symbolism and Divisionism. From the 1911 a distinctive Futurist style emerged and aimed to express the idea of the dynamism, energy and movement of modern life. This style was a product of Cubist influence. Cubism offered the Futurist artists a means of analysing energy in paintings and expressing dynamism and their main subject: modern urban scenes. Learn more about this topic in Futurism Painting Techniques.