Abstract Expressionism developed in New York in the 1940s when a small group of American artists wanted to introduce radical new directions to art. The artists known as 'Abstract Expressionists', or 'The New York School', aimed to encompass not only the work of painters who filled their canvases with fields of colour and abstract forms, but also those who 'attacked' their canvases with a vigorous gestural expressionism. The term, therefore, derives from the combination of the emotional intensity and self-denial of the German Expressionists with the anti-figurative aesthetic of some European abstract schools such as Futurism, the Bauhaus and Synthetic Cubism. Some of the abstract expressionist artists are Jackson Pollock and Mark Rothko.

Abstract Expressionism has many stylistic similarities to the Russian artists of the early 20th century such as Wassily Kandinsky. Many of the abstract expressionist works aimed to the spontaneity, or the impression of spontaneity, that allowed them to depict their own feelings and emotions. However, most of these paintings also involved careful planning, especially since their large size demanded it. With artists such as Paul Klee, Wassily Kandinsky and later on Rothko and Barnett Newman, abstract art clearly implied expression of ideas concerning the spiritual, the unconscious and the mind.

Technically speaking, an important predecessor of the Abstract Expressionism is Surrealism, with its emphasis on spontaneous, automatic, or subconscious creation. Jackson Pollock's dripping paint onto a canvas laid on the floor is a technique that has its roots in the work of Max Ernst. Abstract Expressionism artists’ works resist stylistic categorization, but it can be clustered around two basic inclinations: the emphasis on dynamic, energetic gesture and, by contrast, a reflective, cerebral focus on more open fields of colour. In either case, the imagery is primarily abstract. Even when depicting images based on visual realities, the Abstract Expressionists favoured a highly abstracted mode. Although the abstract expressionist school spread quickly throughout the United States, the major centres of this style were New York City and San Francisco. 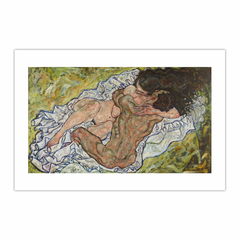 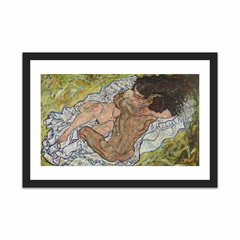 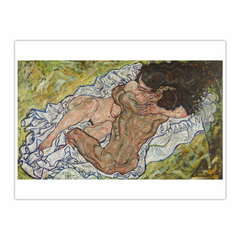 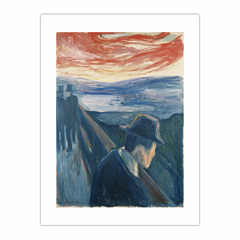