Rococo, or Late Baroque, is an artistic style that developed in 18th-century in Paris in reaction to the grandeur and strict regulations of Baroque. Rococo at the beginning was associated with King Louis XV's style and design used in the Palace of Versailles. The style sought to renew art in a more florid and graceful way, using light colours, ornaments and gold to depict elegant and refined yet playful subjects. The name comes from the combination of the Italian word “barocco”, which used to describe an irregular pearl with an imperfect form, and the French “rocaille”, which was a popular form of garden, or ornamentation, using pebbles. Rococo, therefore, denotes the refined and fanciful style that became fashionable in Europe in the 18th century after the religious and severe style of Baroque. 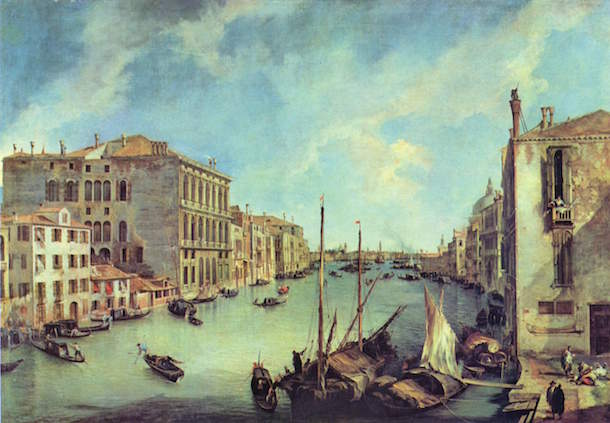 The main exponents of Rococo style were the Italian painters Giovanni Battista Tiepolo and Giovanni Antonio Canaletto, the French artist Francois Boucher and the English William Hogarth. These painters used delicate and refined colours to bring out the curved shapes of their paintings with subjects of love and fun that emphasize malice or impurities to highlight the difference with the religious orientation of Baroque. In addition to these lighter and playful themes, Rococo also turned to portraiture and landscape. 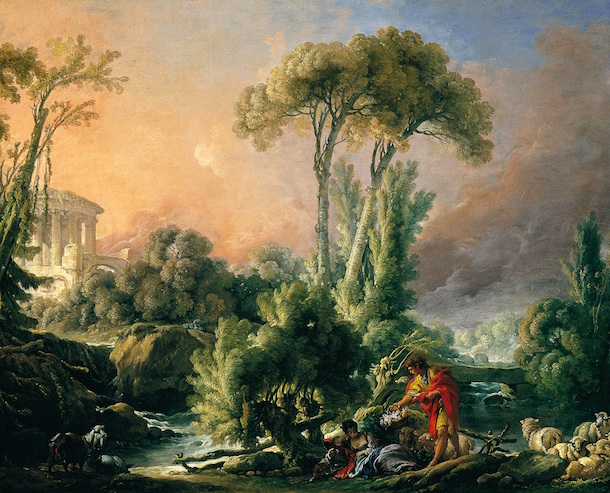 Originated in Paris in the early 18th century, Rococo was soon adopted throughout France and later in other countries, mainly Austria and Germany, and it lasted until the end of the 18th century when it was replaced by Neoclassicism and the neoclassic style. Today Rococo is widely recognized as one of the major periods in art history that contributed greatly in the development of European art.